LaRouchePAC’s New Pamphlet is Here; It’s Your Primer for Winning the Country Back 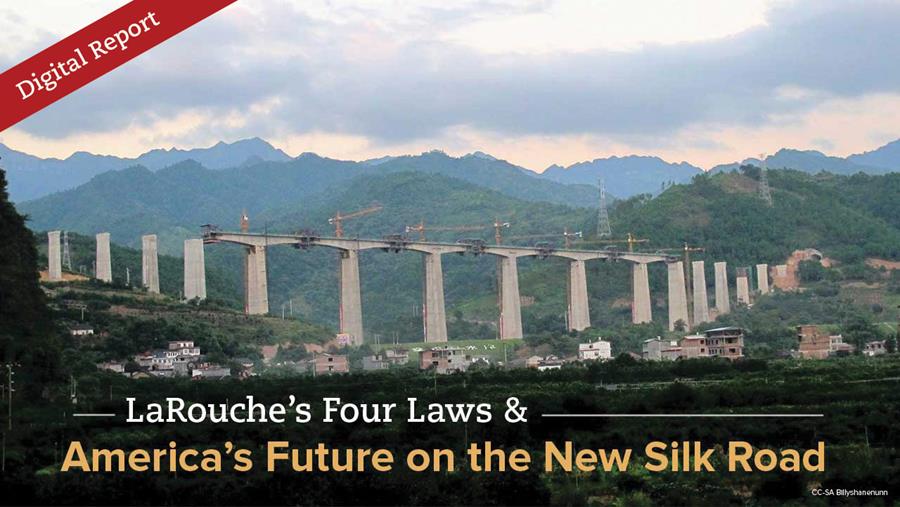 GET THE DIGITAL REPORT

In a speech before the Republican Congressional Campaign Committee on Tuesday night President Trump began talking about the “American system” of political economy as what he has in mind for the United States. In doing so, he exposed the actual subject of the all out McCarthyite drive against him – a drive in which assassination is openly discussed by Washington’s British controlled elite. In the estimate of Lyndon LaRouche, the President really means it, he wants to return to the actual economic policies of Alexander Hamilton, Henry Clay, Abraham Lincoln, and Lincoln’s economist, Henry C. Carey.

The pillars of the American system were:

Today, that system is embodied in Lyndon LaRouche’s Four Laws for economic recovery of the United States.

The British, who would drive Trump from the White House by any means necessary, are desperate because he would overturn the disastrous free trade and deindustrialization policies upon which their Empire and its murderous drug and austerity drenched casino economy depend. Thus, the new report we are providing you with this email, could not be more timely. If Trump joins with China’s One Belt, One Road infrastructure project, and links his American system to huge development projects throughout the world, thousands of high paying productive jobs will flow from it, both here and abroad.

This battle, now joined, depends on us and on it depends on you. It cannot be won by a “silent majority” defensively under siege as a result of vicious enemy propaganda. If you understand these people you will quickly see that they have absolutely no plan for an economic recovery. Their desperation is driven by their weakness and everything we have been fighting for over decades is suddenly within our grasp. This pamphlet is part of our Spring Offensive to defeat them, once and for all. Read the pamphlet, share it, donate to us so that we can spread it far more widely, both on line and in print.

Now let’s get to work.

HELP US WIN WITH A DONATION

Thanks for your continued support!