Resistance is growing among China’s expanding Christian community to a government campaign to remove crosses from churches in a wealthy coastal province.

Sulzberger’s Slimes sticking up for Chinese Christians and their cross displays?  Coming from the same bunch of ACLU-loving Manhattan Marxist Atheists who react like Count Dracula at the mere sight of the cross, this unprecedented concern for “religious freedom” is truly shocking. From whence this sudden love of Christianity and the cross by Sulzberger’s Slimes?

Like Count Dracula, Sulzberger recoils at the sight of a crucifix. Why is The Slimes suddenly so concerned about the removal of crosses in China? (Note the Star of David worn by Bela Lugosi in the original Count Dracula – 1931)

It should be obvious to regular readers of The Anti-New York Times that Sulzberger’s “defense” of Chinese Christianity is only the latest pathetic pretext to take another cheap shot at a member of the anti-Globalist Russia-China power bloc. But in spite of Sulzberger’s sleazy motives, it would be most unwelcome news to hear that the new China is reverting back to its hard core intolerance for religion. But is it?

A closer inspection of the rarely-read fine print from the article itself reveals that the horrible headline is a misleading piece of Yellow Shock Journalism. (surprise-surprise) Following are some very interesting nuggets of gold buried beneath writer Ian Johnson’s mounds of Marxist manure — with our analysis in blue:

Analysis: “expanding Christian community.” That’s a sure sign that the new China truly is tolerant of religion. Thanks for that concession, Mr. Johnson.

NY Times: … to a government campaign to remove crosses from churches in a wealthy coastal province.

Analysis:  “a” province? As in only 1? There are 34 provincial-level administrative units in China (23 provinces, 4 major Municipalities, and 7 autonomous or special administrative regions) The controversy involves only 1 of those units, but the headline and sub-headline deliberately give the false impression of a nationwide crackdown.

NY Times:  The campaign initially centered on one church, which was torn down last year after officials accused it of having violated zoning restrictions on height and size.

Analysis:  “violated zoning restrictions on height and size?” Oh, so it’s a zoning thing? Well, guess what Mr. Johnson; here in the U.S.A., or any other country that values order, when you violate local zoning ordinances, your stuff gets torn down. So let’s not spin this into some sort of religious persecution when you know damn well that it is not.

NY Times: Then the campaign was broadened to include crosses atop buildings. Local church members now say they have been told that free-standing crucifixes are being taken down from all Protestant and Roman Catholic churches across Zhejiang Province.

Analysis: Again, the writer offers no evidence whatsoever that this move is anti-Christian. A bit of excessive bureaucracy perhaps, but rules are rules.

All towns have ordinances. In Victorian Cape May, NJ, all homes in the historic section must retain painted wooden exteriors – no brick-face or aluminum siding.

NY Times: That has caused sometimes spectacular protests, with believers climbing spires to shield the crosses, as well as creative efforts to bypass the regulations.

Analysis: So, the Chinese are free to stage “spectacular protests,” eh? Perhaps China is not so “repressive” after all?

NY Times:  More surprising has been the growing boldness of government-approved churches.

Analysis:  “growing boldness” — again, this contradicts the media-crafted image of a brutally repressive China. You can be sure, that if Mao Tse Tung (portrayed as a heroic “agrarian reformer” in the putrid pages of the 1940’s Times!) was still in charge, these parishioners wouldn’t be so “bold.” They’d be dead.

NY Times: About half of the estimated 60 million Christians in China attend churches approved by the government.

Analysis: Ther are “60 million Christians in China?!” Wow. Factor in the Buddhist and Confucian revivals and it appears that “communist” China is becoming more moral and more Godly than the degenerate West. Even the one-child policy has been lifted. Thanks for that bit of truth, Mr. Johnson. We had no idea that there were so many Christians in China.

NY Times:  Other provinces with big Christian populations have not begun similar crackdowns.

Analysis: This admission again indicates that this is NOT a Chinese “crackdown” on Christianity — just a single province regulating the local architecture.

NY Times:  But as Zhejiang’s removal of the cross campaign escalates, it has also triggered unprecedented backlash. The strong response from Christians had exceeded the government’s expectation.

Analysis: Again, it seems as though folks in China feel perfectly free to raise a ruckus against the local government when they get pissed off. That’s a good sign. Push the issue here in America and they might brand you a “domestic terrorist.” Contrary to Slimes’ slander, Buddism, Christianity, Confucianism, Islam and morality in general are, with the government’s blessing, all making a big comeback in China — even among Party members.

NY Times: The Zhejiang provincial government declared that churches could not have free-standing crosses atop spires. In a 36-page set of directives, the government said crosses had to be set into the facade of the church, and could be no more than 10 percent of the building’s height.

Analysis: So you see, dear reader, there is neither a Chinese “ban” nor a “crackdown” on crosses, at all! It’s all about local ordinances – in a single province – regulating the size of the crosses and spires.

NY Times: Last year, numerous protests seemed to cause the government to back down….There were some indications over the weekend that the campaign might be slowing, with members of a congregation in Cangnan County south of Wenzhou saying their parish had received a notice that the campaign would stop.

Analysis: So, even though the administrators of this single province are within the bounds of normal government functioning to regulate building structures, they are backing down to the will of the Christians anyway. Where’s this “crackdown on civil liberties” that we keep hearing about in China and Russia? It seems to this reporter that the ex-Communist giants are becoming freer and Godlier by the day as the degenerate Marxist West slides in the opposite direction. Seriously, can you imagine if American Christians dared to defy zoning rules with such passion? The Slimes would paint them as fanatics and call for their arrest while whining about “separation of Church and State.”

With misleading reporting and rigged head-lining such as this, it is no small wonder that China has booted the disgusting deceivers of the New York Slimes out of its country. America should follow suit.

Some estimates put the number of Chinese Christians as high as 100 million – and growing fast. According to the London Telegraph, China is on course to become ‘world’s most Christian nation’ within 15 years (here)

Telegraph: “The number of Christians in Communist China is growing so steadily that it by 2030 it could have more churchgoers than America.”

“If everyone in China believed in Jesus then we would have no more need for police stations. There would be no more bad people and therefore no more crime.” – Jin Hongxin 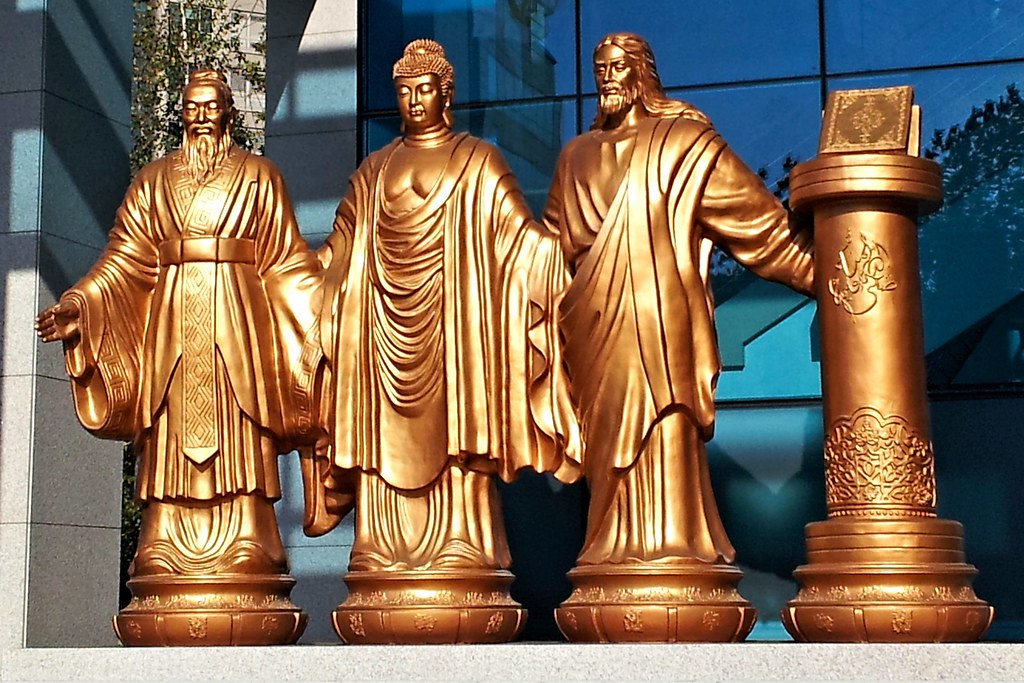 Confucious, Buddha, Jesus and the Koran — identical philosophies for moral living and public stability — all gaining rapidly in “repressive” China.

As for the Chinese government’s crackdown on the sect of “Falun Gong,” the Uyghur Muslim rebels, and the Tibetan mad monks of the fake-phony-fraud Dalai Lama, those examples of “persecution” are also not what they appear to be. The CIA is “in cahoots” with all three of those groups and seeks to use them, and their unwitting followers, as tools of destabilization. But that’s a whole other story for another time. 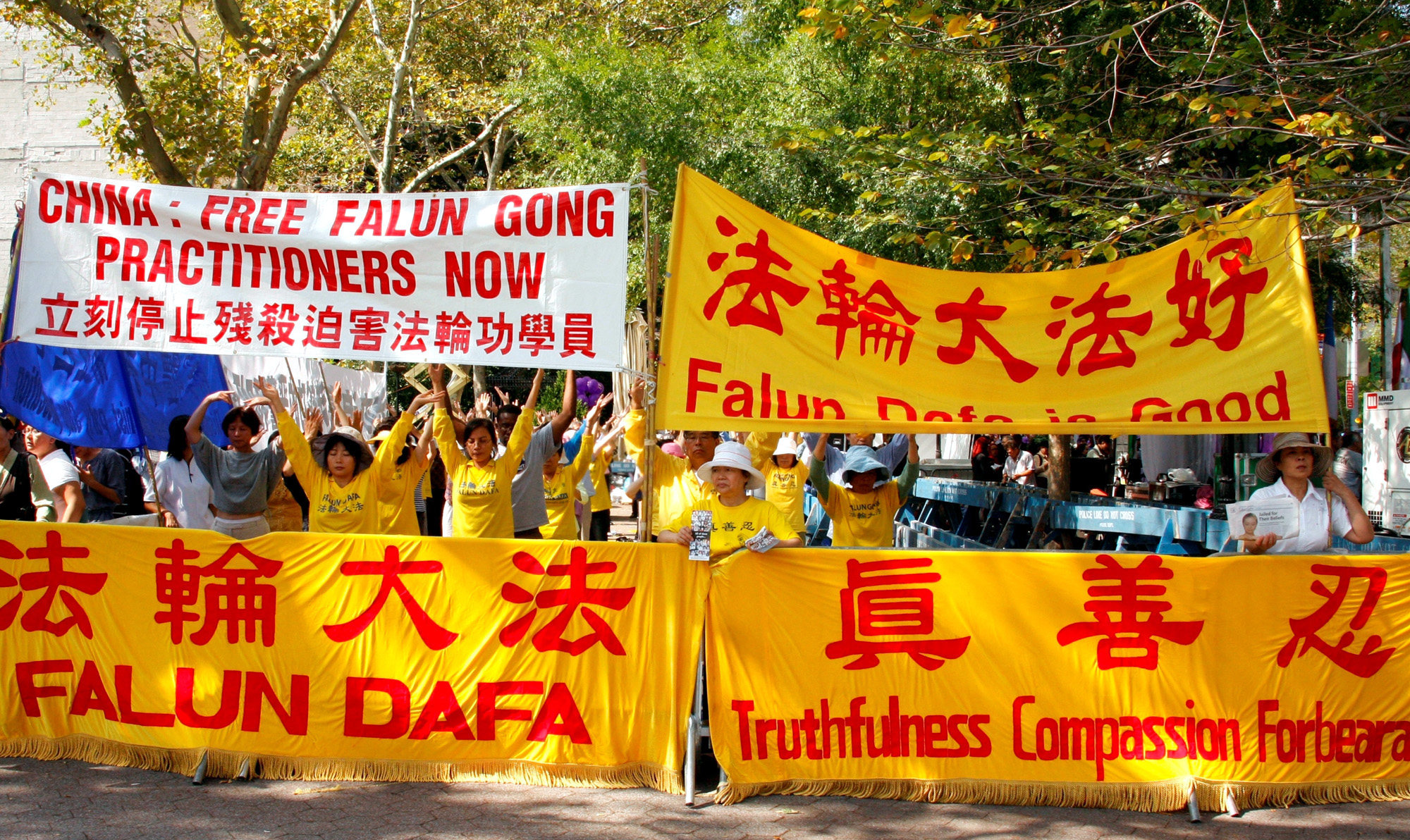 1- The Dalai Lama is an admitted Marxist (here) who is adored and puffed-up by the Western Piranha Press.   2. Unbeknown to many of its peaceful practitioners, Falun Gong and its Shen Yun dance shows are CIA-affiliated    3- The Uyghur “Islamic rebels” are essentially the “ISIS” of China — total CIA proxies.

Boobus Americanus 1: I read in the New York Times today that China has initiated a brutal crackdown on its Christian minority.
Boobus Americanus 2: Yes. I understand that Muslims have also been targeted. It appears as though this Jinping character is the next Mao Tse Tung.