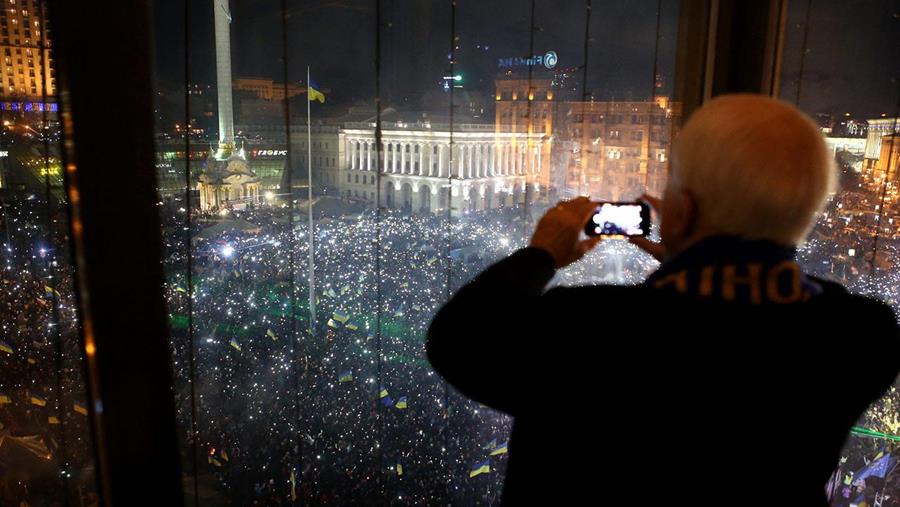 Today, February 22, is the third anniversary of the February 22, 2014 coup in Ukraine. Tomorrow, February 23rd, LaRouchePAC will be holding a National Day of Action –A Time For Truth, to educate the public about what really happened in the so-called Maidan color revolution. It was a coup against an elected government, a coup run by Barack Obama, George Soros, and the Hillary Clinton State Department, using avowed Nazis as an instrument, aimed at destabilizing Russia.  It was not a spontaneous “peoples'” revolt which the “bad guy,” Putin, ruthlessly crushed, justifying sanctions and further deadly provocations.

GET THE SPECIAL REPORT ON UKRAINE, OBAMA & SOROS

Lyndon LaRouche’s Executive Intelligence Review magazine was on the ground during the events of the Maidan and reported exactly what happened.  The 17-page special report and case study which we’re making available to you here, tells the truth about extremely significant strategic event.

When President-elect Trump signaled that he would not back down from his campaign promise for better relations with Russia, whether he knew it or not, he established himself as a deadly threat to the present day British imperial order—the so-called Davos consensus of Wall Street/City of London banks, and public/private intelligence networks, like those of Soros and the National Endowment for Democracy, who acted in the Ukraine coup.

Russia, China, India, and Japan have embarked on a grand design of world economic development featuring the largest scale of infrastructure building ever undertaken by human beings.  If the United States would join this project, U.S. economic productivity and prosperity would flourish.  That is the reason for the attacks on Trump’s presidency –its potential to consign the British Empire to the dustbin of history.

Download and read the special report, it is a very important first step in recognizing the actual strategic situation and acting upon it.