Vote For Trump is Vote Against the System

Michael Moore Says Vote For Trump Is Vote Against The System

Activist and filmmaker Michael Moore ripped Obamacare and expressed why the middle class supports Donald Trump in a passionate speech during his new stage performance “Trumpland.” Moore called Trump a “human hand grenade or molotov cocktail.” He additionally compared voting for Trump with legal terrorism intended to blow up the system. 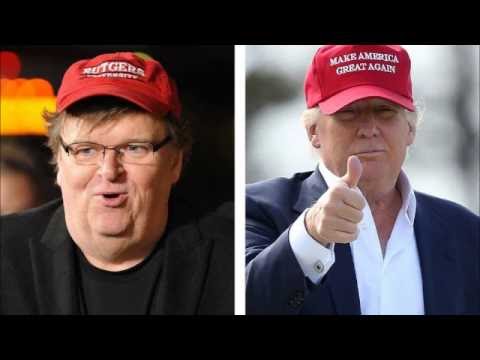 Moore started by saying that he knew a lot of people in Michigan who were going to vote for Trump who “were not racists or rednecks,” highlighting the lie that the mainstream media is still pushing about Trump supporters. Moore added, that Michigan residents were sick of their jobs being off-shored to places like Mexico. He also said that the voters in Michigan, Ohio, Pennsylvania and Wisconsin didn’t necessarily agree fully with Trump.

“Trump’s promise to slap a 35% tariff on Ford cars made in Mexico and sent back to America was music to the ears of people in Michigan, Ohio, Pennsylvania and Wisconsin – the BREXIT states,” Moore said.

Moore then expressed that disenfranchised Americans who have lost everything – foreclosed on by the bank, struggling through divorce, etc. – love Trump. They still enjoy the great equalizer guaranteed to them by the Constitution – the right to vote. “They might be penniless they might be homeless they might be fucked up and fucked over but it doesn’t matter because a millionaire has the same number of votes as the person without a job – ONE.”

Moore also took a swing at Obamacare which has now DOUBLED premiums, making a joke that people on Obamacare bronze program “can’t even get a fucking Percocet.”

“Whether Trump means it or not is kind of irrelevant because he’s saying the things to people who are hurting and it’s why every beaten down, worthless, forgotten working stiff who used to be part of what was called the middle class loves Trump,” said Moore, arguing Trump is the “human molotov cocktail that people have been waiting for – the human hand grenade that they can legally throw into the system that stole their lives from them.”

Moore ended by saying “corporate America hates Trump, Wall Street hates Trump, the career politicians hate Trump, the media hates Trump.” Moore thanked the media for creating Trump, adding “The enemy of my enemy is who I am voting for on Nov 8th, Joe blow, John Blow, Steve Blow, Billy Blow, Bob Blow, YOU will get to blow up the whole God damn system, because it’s your right.”

“Trump’s election will be the biggest ‘Fuck You’ in human history and it will feel good.” – Michael Moore