YOU SHOULD AVOID ALL THESE VACCINES LIKE THE PLAGUE!!! 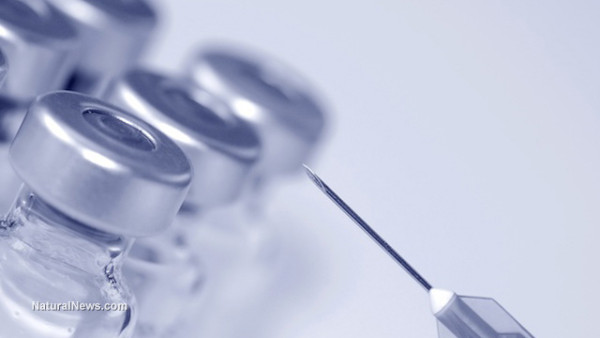 n April 2012, Aaron Dykes of Truthstream Media reported that statistically speaking, polio had been eradicated in India, but the statistics don’t tell the whole story.

In fact, he noted, there was a spike in “non-polio acute flaccid paralysis (NPAFP) – the very types of crippling problems it was hoped would disappear with polio but which have instead flourished from a new cause.” How could that happen in a nation where polio had ostensibly been eradicated?

Quite simply, Dykes noted, the new spike was actually coming from the oral polio vaccine.

There were 47,500 cases of non-polio paralysis reported in 2011, the same year India was declared “polio-free,” according to [Dr. Neetu Vashisht and Dr. Jacob Puliyel of the Department of Paediatrics at St Stephens Hospital in Delhi]. Further, the available data shows that the incidents tracked back to areas were doses of the polio vaccine were frequently administered. The national rate of NPAFP in India is 25-35 times the international average.

Dykes further reported that it had been established that vaccines were causing the uptick in vaccine-associated polio paralysis (VAPP).

Now, he says, cases are occurring in other countries. The Washington Post noted that cases of polio paralysis have cropped up in Ukraine, which is involved in a bitter conflict with Russia-backed separatists in the eastern portion of the country.

The Washington Post reported that the World Health Organization said the small outbreak, which has affected just two children thus far, is directly attributable to the vaccine:

cVDPV is a rare, mutated form of the virus that comes from the vaccine itself. Oral polio vaccines contain a weakened form of the virus that activates an immune response in the body so that it builds up antibodies to protect itself. But it takes some time for this to happen, and meanwhile the virus replicates in the intestines and can be excreted by the person immunized and can spread to others in the community.

Dykes reports that new outbreaks are still occurring in India as well as Madagascar and South Sudan, according to the WHO.

“In South Sudan, 2 cases due to cVDPV type 2 (cVDPV2) have been confirmed. The strains were isolated from 2 acute flaccid paralysis (AFP) cases in Unity state, with onset of paralysis on 9 September and 12 September 2014, respectively,” the WHO reported in a press release.

“In Madagascar, cVDPV type 1 (cVDPV1) has been confirmed after the virus was isolated from 1 case of AFP (onset of paralysis on 29 September 2014) and 3 healthy contacts.”

Dykes says that the truly alarming thing is that oral polio vaccines of the type still being distributed by WHO and supported by the Bill and Melinda Gates Foundation were discontinued in the West some 15 years ago for the same reason: WHO and other health officials knew that it was causing VAPP!

“They know that this vaccine will – statistically anyway – harm some children and could potentially spawn outbreaks, but they use it anyway, supposedly because less developed regions are not equipped to handle refrigerated vaccines that don’t contain the live virus,” he wrote.

Truthstream Media has been tracking the rising incidents of vaccine-caused polio for years. In 2013, the site questioned whether billionaire Microsoft founder Bill Gates knew his polio vaccine push through his foundation would actually harm the very children he claimed to be trying to help:

The Bill and Melinda Gates Foundation created the GAVI alliance to push vaccinations on the poorest parts of the developing world in the name of “saving lives” and stopping disease.

In particular, Bill Gates expects to take credit for wiping out polio worldwide by making it one of his primary issues. But at what cost?

If Gates didn’t know, Dykes wrote, he “certainly OUGHT to have” known.

The true story of SV40, the cancer-causing virus hidden in polio vaccines

Take Action: Support Natural News by linking to this article from your website