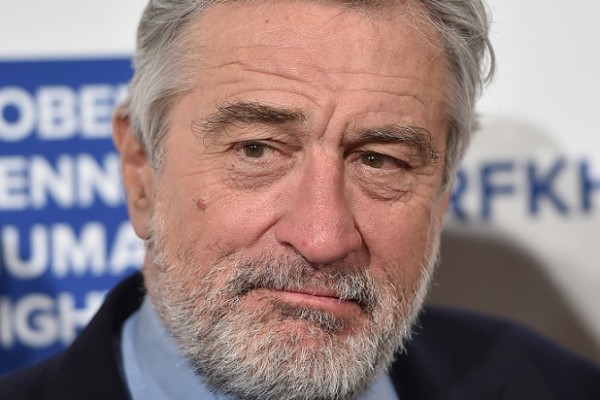 “I want there to be a discussion,” the co-founder of the New York festival said of Andrew Wakefield’s “Vaxxed”
Tribeca Film Festival co-founder Robert De Niro has issued a statement regarding the festival’s decision to screen Andrew Wakefield’s controversial anti-vaccination documentary “Vaxxed: From Cover-Up to Catastrophe” next month.
“Grace and I have a child with autism and we believe it is critical that all of the issues surrounding the causes of autism be openly discussed and examined,” De Niro said. “In the 15 years since the Tribeca Film Festival was founded, I have never asked for a film to be screened or gotten involved in the programming.
“However this is very personal to me and my family and I want there to be a discussion, which is why we will be screening ‘Vaxxed.’ I am not personally endorsing the film, nor am I anti-vaccination; I am only providing the opportunity for a conversation around the issue,” the “Raging Bull” actor continued.
Also Read: Tina Fey Tries Her Sofia Vergara, Robert De Niro Impressions on Jimmy Fallon (Video)
“Vaxxed” has drawn outcry from many corners including several prominent science-themed publications. Many in the scientific community believe “Vaxxed” director Wakefield is responsible for helping to create the myth that the MMR vaccine can cause autism. Thousands of people in the U.K. stopped getting the MMR vaccine and measles proceeded spread throughout the country. The film is also said to examine the conspiracy theory of the ‘CDC whistleblower.’
The brewing media firestorm prompted Tribeca to release a statement regarding its decision to host the film and its director.
Also Read: J.J. Abrams, Joss Whedon, Francis Ford Coppola Highlight Tribeca Film Festival Panels
“Tribeca, as like most film festivals, is about dialogue and discussion. Over the years we have presented many films from opposing sides of an issue. We are a forum, not a judge,” the statement said.
The festival’s Twitter account presented a slightly differently worded response on Wednesday, writing, “Like most film fests, Tribeca is about dialogue & conversation. We present opposing viewpoints without judgement or endorsement.”
“Vaxxed” will premiere at Tribeca on Sunday, April 24 at 2 p.m. at the SVA2 theater.