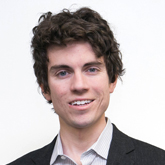 Sessions becomes the first Senate Republican to endorse Trump for president. Sessions cited immigration and trade, as his rationale for supporting Trump.

“I told Donald Trump this isn’t a campaign,” Sessions said. “This is a movement.”

“Look at what’s happening,” Sessions said, referring to the size of the crowd. Trump claimed the crowd size was 30,000 people with 3,000 people still waiting to get in.

More from the Washington Examiner

Voters said they were seeking in a candidate who is reasonable and not disingenuous.

“The American people have known for years that these trade agreements have not be working for them,” Sessions said. “We will soon have a vote on the Trans Pacific Partnership, Obamatrade. It will damage America.”

“Donald Trump, when he gets elected president, will see that it does not pass,” Sessions said.

“The American people are not happy with their government,” Sessions said. “Some say ‘You know, you just need to let the people calm down a little bit, and they’ll forget it, and let it all go.’ Should we forget it? No, we should not.”

Sessions is respected among conservatives on immigration issues. He also shares Trump’s suspicion of open foreign trade trade. Sessions appeared at Alabama rally with Trump in August, but stopped short of an endorsement.

Sessions’ endorsement comes two days before a batch of Southern states are set to vote on Super Tuesday, including Cruz’s home state of Texas, where Cruz is vulnerable according to polls.

Also from the Washington Examiner