On September 24th, 2007 a CIA contracted plane crashed in Mexico with 3.3 tons of cocaine on board, the plane taking part in ‘rendition’ flights for the criminal CIA. The aircraft was suspected of running out of fuel on a flight from Columbia – to the United States. The CIA also used a man named ‘Freeway’ Rick Ross to flood dozens of inner-cities with crack-cocaine for years, crippling and destabilizing all communities exposed. 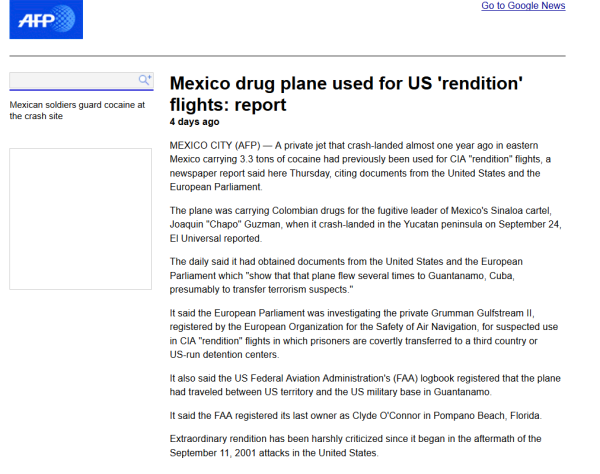