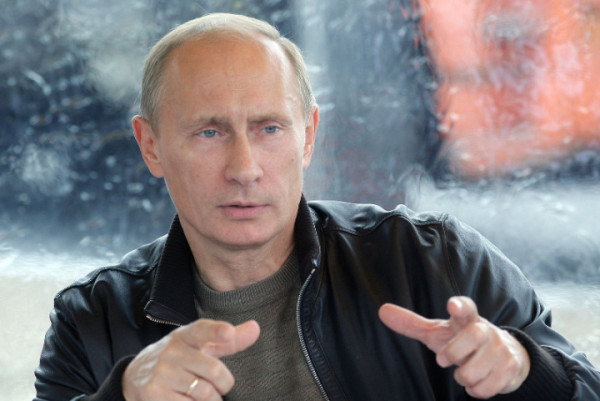 h/t DailyCaller – Russian President Vladimir Putin has stated that he thinks the Western climate scare is a fraud, designed to restrain industrial development in countries like Russia.

According to the New York Times;

While Western media have examined the role of rising temperatures and drought in this year’s record wildfires in North America, Russian media continue to pay little attention to an issue that animates so much of the world.

The indifference reflects widespread public doubt that human activities play a significant role in global warming, a tone set by President Vladimir Putin, who has offered only vague and modest pledges of emissions cuts ahead of December’s U.N. climate summit in Paris.

Russia’s official view appears to have changed little since 2003, when Putin told an international climate conference that warmer temperatures would mean Russians “spend less on fur coats” while “agricultural specialists say our grain production will increase, and thank God for that”.

The president believes that “there is no global warming, that this is a fraud to restrain the industrial development of several countries including Russia,” says Stanislav Belkovsky, a political analyst and critic of Putin. “That is why this subject is not topical for the majority of the Russian mass media and society in general.”

Putin’s scepticism dates from the early 2000s, when his staff “did very, very extensive work trying to understand all sides of the climate debate”, said Andrey Illarionov, Putin’s senior economic adviser at the time and now a senior fellow at the Cato Institute in Washington.

“We found that, while climate change does exist, it is cyclical, and the anthropogenic role is very limited,” he said. “It became clear that the climate is a complicated system and that, so far, the evidence presented for the need to ‘fight’ global warming was rather unfounded.”

Its difficult to know what impact Putin’s overt skepticism will have on the Paris climate meeting. The meeting is reportedly already in a lot of trouble, because even our economically illiterate leaders seem to be balking at the prospect of borrowing money from China, so they can gift the principle they just borrowed back to China as climate development assistance, then repay the loan back to China a second time, with interest.

To his credit Putin has no qualms about yanking the chain of climate obsessed Western Politicians. During the recent G20 conference in Australia, when asked why there was a fleet of Russian Warships just outside Australian territorial waters, the Russian embassy replied the ships were there to research “climate change”.

The post Russian President: Climate Change is Fraud appeared first on We Are Change.