It may have a heritage dating back centuries, but in the last five years the Scottish whisky industry has undergone something of an energy revolution.

In 2009, the Scotch Whisky Association (SWA) launched an Industry Environmental Strategy for its membership of 101 malt and seven grain distilleries, accounting for over 90% of the industry. Alongside commitments on water reduction and packaging, it set a target of 20% energy from renewable sources by 2020 and 80% by 2050. At the time of the strategy launch, non-fossil fuel energy use in the industry was at 3% and by 2012 it had reached 16%.

The SWA is currently crunching the latest figures, but it’s possibile that the 2020 target will be met ahead of time. So, how is it making this progress?

The distilling process is energy intensive. The main energy requirement (79%) goes into the heat required (pdf) to fire the giant stills which drive the distillation process, traditionally done by burning fossil fuels.

However, the industry has now discovered an energy source much closer to home, namely “draff” – the spent grain left over from distilling. Using draff, energy can be produced either though biomass combustion by burning dried waste draff, or through anaerobic digestion (AD), whereby draff is mixed with pot ale (the yeast and protein-rich liquid created during distillation) to produce methane.

Julie Hesketh-Laird, director of operational and technical affairs at SWA, says that AD, the process by which organic matter is broken down to produce biogas and biofertiliser, has only been looked at properly in Scotch whisky production over the last four to five years. “The batch nature of malt distilling has made it difficult, but increasingly companies have had success.” 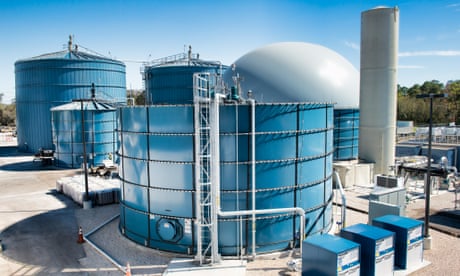 Willie Fergusson, key account manager at Resource Efficient Scotland, explains that some distillers favour AD “from a circular economy point of view” because it “allows you to create gas, and a further by-product that can go to fertiliser or animal feed … whereas biomass effectively burns all the raw material.”

Iain Lochhead, operations director at five distillery sites for Bacardi-owned John Dewar & Sons, says that a wood-pellet boiler at its Aberfeldy site has been operational since the end of 2014. Bacardi estimates that the project could reduce the distillery’s carbon footprint by up to 90%.

“We are currently installing a second at Royal Brackla distillery, he says, “which means we will have removed heavy fuel oil from the mix entirely … Anaerobic digestion is something we are also looking at as an option on the site.”

The next stage appears to be collaborating on a larger scale. “Like any industry, it starts off at a cottage scale, it begins to polarise into local small units, and then develops into bigger hubs,” says Fergusson. “It lends itself to co-operation in terms of developing economies of scale.”

Diageo’s £17m bioenergy plant at the Roseisledistillery was one of the first in the industry, but that is soon to be eclipised by its £65m bioenergy plant combining biomass combustion, AD and reverse osmosis at its Cameronbridge distillery. An impressive 5.5MW output meets 95% of the site’s energy needs and reduces the corporation’s global emissions by more than 5%.

The biggest example of industry collabortaion so far, however, is the CoRDe biomass energy plant in Rothes, which takes the by-product from 16 local distilleries produces up to 8.3MW through a combined biomass burning scheme, enough to power 9,000 homes.

While there is no similar large-scale AD plant in the pipeline, Fergusson has heard discussions, although any plans must get around the challenges of finding the quantity of material and transporting it. 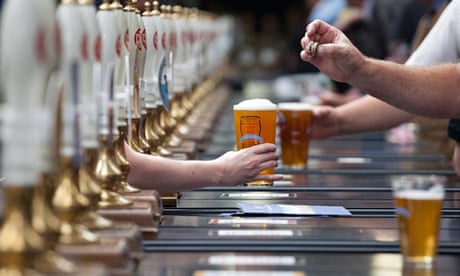 What craft beer can teach the brewery big boys

There are other potential uses for whisky by-products in the pipeline too. A team from Heriot-Watt University has received £600,000 in funding from Scottish Enterprise for “Horizon Proteins” – a process developed to replace traditional proteins used in salmon farm feed, such as fish meal and soya, with proteins extracted from draff and pot ale. The removal of protein in turn improves the by-product for AD by decreasing the nitrogen load. Hesketh-Laird says the SWA is “really interested” in this work and following it closely.

Celtic Renewables, a spin-out company from the Biofuel Research Centre at Edinburgh Napier University, is also testing its process to turn draff into biobutanol, a biofuel to power transport vehicles. Like AD, it has the benefit of continuing to produce by-product for animal feed.

Given Scotland’s plans for 100% renewable energy by 2020, could a wee dram of this come from the by-product of one of its oldest industries?

“I think so,” says Fergusson. “You could almost have a circular energy economy … And all these things will add to it.”

The circular economy hub is funded by Philips. All content is editorially independent except for pieces labelled brought to you by. Find out more here.

Join the community of sustainability professionals and experts. Become a GSB member to get more stories like this direct to your inbox