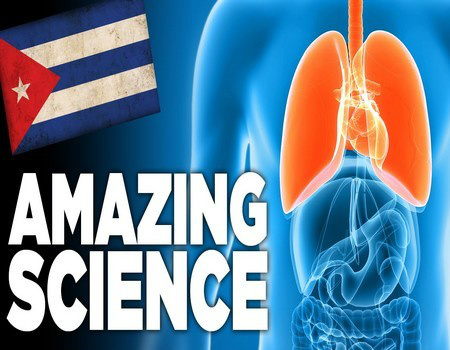 Cuba developed a $1 lung cancer vaccine but Americans & Europeans can’t have it.

Most people would be quite surprised to learn that there is a vaccine for lung cancer, one which has been proven effective in over 25 years of intense research and several years of clinical use. So why is most of the world only learning about it now? The answer is complicated by back-room dealings in the dark recesses of government, and by the unhealthy influence that pharmaceutical companies have on the availability of life-saving medications.

The vaccine works by limiting a patient’s ability to produce a hormone called EGF. This hormone has been shown to play a pivotal role in cell division and the growth of malignant cells. As cancer is the result of cells dividing again and again to create tumors, the vaccine reduces this growth by halting EGF production, thereby stopping the tumor’s growth.

CimaVax EGF has been proven to work in at least two clinical trials in Cuba, and the results have shown that the vaccine improves survival rates in those who are suffering from the later, usually terminal, stages of lung cancer. It has been hypothesized that survival rates may increase further still if the vaccine is administered during earlier stages of the disease’s progression. It does not work in the same way most people think vaccines work, and is not preventative, but once a patient has lung cancer the drug turns a death sentence into a manageable chronic condition.

The problem comes with the existence of two other potential drugs, BLP 25 and GVAX, which are both being developed as potential lung cancer treatments by the private companies, Ono Pharmaceutical and Aduro Biotech, respectively. Both medications have been in the research and trial phase since the 1990’s and have most likely accumulated hundreds of millions of dollars in development costs. The prospect of being undermined by a low-cost alternative generally doesn’t sit well with pharmaceutical manufacturers.

More importantly, pharmaceutical companies are now doing everything they can to increase drug prices, exponentially, it seems. The public was recently outraged when an ex-hedge fund manager bought the rights to the AIDS treatment drug, Daraprim, and raised the price from $13 to over $700 a dose.

And what is the number one reason given by drug companies for price increases? – Clinical trials and research, of course!

CimaVax EGF has been available for just $1 per treatment, but now, as larger pharmaceutical companies get their hands on the drug for research, it is being pushed into clinical purgatory. It may become available after it has been artificially kept from the public for years, but, it will certainly then be released at an extortionate price so that pharmaceutical companies can make as large a profit as possible.

There has been growing focus on the stranglehold pharmaceutical companies have on new treatments seeing the light of day. It’s analogous to what the oil companies do – buy up new technologies and then bury them until the largest profit can be had.

In the U.S. alone, over 200,000 people are diagnosed each year, with 150,000 sufferers dying annually from lung cancer, so it would seem like common sense for modern medicine to throw everything at it. We can only hope that as more people become more educated on the deceitful practices of big-pharma and continue to pressure them to change their practices.