You Do Realize that the U.S. Funded and Trained ISIS, Right? 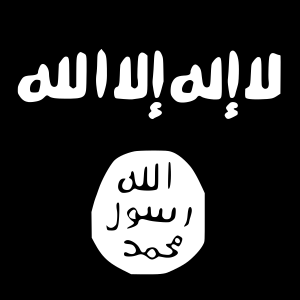 Just so we are all clear here.

Now that ISIS, or the Islamic State in Iraq and Syria, is becoming a threat so powerful Defense Secretary Chuck Hagel told reporters at the Pentagon that the terrorist group is “beyond anything we’ve seen,” it’s time to remind everyone of a few little factoids regarding how exactly that came to be.

“They are beyond just a terrorist group. They marry ideology, a sophistication of … military prowess. They are tremendously well-funded. This is beyond anything we’ve seen.”

And how do you think they got that way so fast? Super magic terrorist training money tree fairy dust?

Apparently the mainstream establishment media would more likely attempt to have people believe such a thing exists rather than expose the blatant reality that yes, the U.S. has trained and funded ISIS and without the U.S. government, ISIS would not be the threat it has become.

It came out back in 2012 that the U.S., Turkey and Jordan were jointly running a US CIA and Special Forces command training base for Syrian rebels out of the Jordanian town of Safawi, but apparently according the Jordanian officials, that training ‘wasn’t meant to be used in Iraq’ (via WND):

Syrian rebels who would later join the Islamic State of Iraq and the Levant, or ISIS, were trained in 2012 by U.S. instructors working at a secret base in Jordan, according to informed Jordanian officials.

The officials said dozens of future ISIS members were trained at the time as part of covert aid to the insurgents targeting the regime of Syrian President Bashar al-Assad in Syria. The officials said the training was not meant to be used for any future campaign in Iraq.

So future ISIS members were specially trained by the U.S. government, huh? Ya don’t say. But they weren’t supposed to be used for campaigns in Iraq?

This was, at least superficially, so they could wage war against the Bashar al-Assad regime in Syria, and again, they weren’t called ISIS at the time, they were referred to as the Syrian rebels.

But the government won’t even admit what they’ve done here. Instead, they’re just bombing Iraq and hoping for the best…

Meanwhile, our government is still funding the “Syrian rebels” today!

Back at the end of June, Obama was requesting another $500 million in aid for them, even though the fact that many were now calling themselves ISIS was so blatantly obvious even back then that it could no longer be disputed.

As Hagel said, ISIS are not just well-funded, but “tremendously well-funded.” Now you know where ISIS gets a hefty chunk of its tremendous funding.

This really isn’t that hard to figure out, just hard to comprehend; mostly because IT’S COMPLETELY INSANE.

Even worse, former state department official Andrew Doran let the cat out of the bag back in June that some of these ISIS members are actually combat veterans from Western nations including the U.S. who have passports and could return home anytime, basically asserting that ISIS could easily attack America at any time.

Of course, it isn’t like anyone would need a passport, what with the porous U.S.-Mexico border basically sitting there wide open.

A documentary maker recently even dressed up in an Osama Bin Laden mask and crossed the Southern border just to make the point.

Either way, this is madness.

Now we not only have Hagel telling America that ISIS is ‘beyond anything the Pentagon has ever seen’ but in the same week the former deputy director of the CIA is telling CBS This Morning that he fears ISIS is going to start carrying out 9/11-style attacks on American soil, including this little gem:

“If an ISIS member showed up at a mall in the United States tomorrow with an AK-47 and killed a number of Americans, I would not be surprised.”

If anyone is terrorizing America directly right now, it’s the American government that would first fund and train terrorists who are raping people and setting them on fire, crucifying Christians and beheading children, then conspire with the media to scare the American people that the government’s own terrorist creation is going to attack here 9/11-style RIGHT BEFORE ANOTHER 9/11 ANNIVERSARY.

Again. This is madness.

And the lunatics are running the asylum.