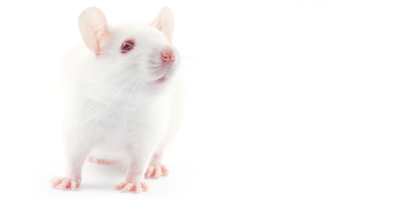 Ensuring that chemicals are safe shouldn’t cost animals their lives.

But today, chemical testing means that hundreds of thousands of animals, including rabbits, guinea pigs, mice, and rats may suffer painful burns, ulcers, or vomiting and convolutions. And the worst part is, those tests are virtually meaningless, because they don’t accurately predict toxic effects in humans. The flaws are widely known, but the tests are conducted anyway, because companies are legally required to do so.

However, a new bipartisan bill, The Frank R. Lautenberg Chemical Safety for the 21st Century Act (S. 697), does two things: it strengthens oversight of potentially dangerous chemicals; and it also features remarkably strong provisions that modernize the way testing is conducted. The bill is embedded with sections that instruct government agencies to implement alternative methods to evaluate chemicals. It finally brings laws into line with the landmark report from 2007, Toxicity Testing in the 21st Century: A Vision and A Strategy.

AAVS expects that the bill, in its current form, will greatly reduce the numbers of animals used in chemical testing, sparing the lives of many thousands of animals, who otherwise would be forced to endure excruciating pain and suffering to test pesticides, industrial cleaners, and other hazardous substances.

New testing technology benefits everyone, because it includes the use of human cells and tissues, making results more applicable, and allows for more data to be collected in a shorter period of time, often at a reduced cost. For example, an ultra-high-speed robot can test key toxicity indicators on thousands of chemicals in just one week instead of years. Federal agencies like the Environmental Protection Agency, the Food and Drug Administration, and the National Institutes of Health (NIH) are already using such testing methods, but this legislation will move implementation of alternatives forward much more quickly.

What You Can Do

Animals should not have to suffer and die to test chemicals, especially when reliable, alternative methods exist. Ask your Senator to help reduce the number of animals used in chemical testing by cosponsoring the Frank R. Lautenberg Chemical Safety for the 21st Century Act.  Support the Rights of Animals to Live Without Being Tortured!