The Little Girl Satanist Next Door 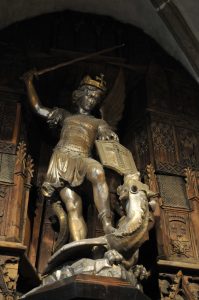 The Satanist Next Door

In a parents’ mind there are few horrors that come close to the sense that their child could be senselessly and seriously harmed. That is the reason that the attempted stabbings of middle school students in Polk County, Florida is so compelling.

A Violent Eruption of Evil

The would-be assailants were female students at Bartow Middle School on Tuesday, October 23, 2018. Their names have not been released because of their ages, one was eleven years old and the other was twelve. In the early afternoon, another student told school administrators that the two girls were hiding in the restroom armed with knives.

Free Book: Return to Order: From a Frenzied Economy to an Organic Christian Society—Where We’ve Been, How We Got Here, and Where We Need to Go

When officers entered the restroom, they found the two girls armed with several knives, a pizza cutter, and a knife sharpener.

Violence in a school is always a matter of great concern. What makes this story especially troubling is the motive of the two girls. They claimed to be Satanists. They admitted their plan to the police. According to a report in USA Today, an affidavit said that, “The plan was to kill at least 1 student but were hoping to kill anywhere from 15-25 students. … Killing all of these students was in hopes it would make them worse sinners ensuring that after they committed suicide … (they) would go to hell so they could be with Satan (sic).”

According to the article, the girls devised their plan after watching scary movies the previous weekend. Messages on their cellular telephones were scrutinized by detectives, including one that read, “We will leave body parts at the entrance and then we will kill ourselves.”

The Desire for the Satanic

Satanism is rapidly attracting adherents, a situation that is showing no signs of stopping.

The attractions of Satanism are difficult to understand. Eugenio Fizzotti, a professor of the Psychology of Religion at the Pontifical Salesian University in Rome, describes four reasons that people are inclined toward these beliefs. In brief, they are:

Is It Immodest to Wear Deliberately Ripped Clothes?

To sum it up, Satanists reject the idea of a loving and protective God, and embrace the power of one who, they believe, will both protect them and harm those that they see as their enemies.

Modern materialist culture contributes to this sad and evil state of mind. Its emphasis on sensuality tells people that they are powerless to control their own biological inclinations. A material world teaches those who have comparatively little that they are worthless. The glorification of evil in the various entertainment media attracts those who see themselves as powerless and worthless. This brutal cycle of emotions leads one on a never-ending downward spiral into despair.

Conversely, there is a sense among many that Satanism is disturbing, but harmless. “They must be crazy,” is a common reaction. Indeed, when the local officials held a press conference, the assembled journalists repeatedly raised the question of the two girls’ mental health.

What does Saint Thomas Aquinas say about Marriage?

Many have been lulled into the idea that Satan does not really exist. If he does exist, some say, he is harmless. Some years ago a popular t-shirt said “God will not let me into Heaven, and Satan is afraid I’ll take over.” Anyone willing to have that message emblazoned on his chest has little sense – and no fear – of the reality of Satan.

The Resurging Belief in the Power of Exorcism

Many in the Catholic Church are very concerned. The rite of exorcism is on an upswing. An ultra-liberal magazine, The New Republic, published an article in 2015 entitled, Why Are Exorcisms as Popular as Ever? It related that nineteenth century Catholics, especially in Northern Europe and the US, came to see exorcism as an embarrassing relic of the past. However, that situation is very much changed in the modern world.

In the Baylor Religion Survey, 53 percent of Catholics said they either agree or strongly agree in the possibility of demonic possession. Twenty-six percent disagreed or strongly disagreed, and the rest were undecided. …[In] countries like Italy and the Philippines, there is active demand for more Catholic exorcists.

Four Reasons Why Greed Is Harmful to Society 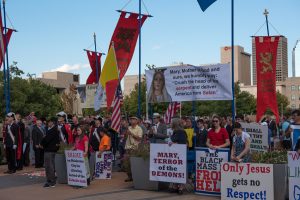 The TFP has fought against Satanic monuments and temples in places all across the U.S.

There has been considerable evidence of a resurgence of Satanism coming from the Satanists themselves. Over the past decade, our organization, The American Society for the Defense of Tradition, Family and Property (TFP) has fought against Satanic monuments and temples in places as divergent as Minnesota, Massachusetts, Oklahoma, Florida, Washington, Texas, Arkansas, and Arizona. It also led a drive to get the Satanic “Ouija Boards” off of the shelves at the now defunct Toys R Us stores. In 2010, the TFP led a series of protests against the film Legion, a film with many Satanic elements. The conversion of Satanist high priest Zachary King to Catholicism exposed many of the dark secrets of these cults.

One can hope that this most recent eruption of Satanic activity, one which could well have caused the deaths of children, will awaken both Church and civil authorities. Yes, one can indeed hope, but do not hold your breath until it happens. As long they can pretend that Satanism is a weird and ridiculous fantasy only indulged in by the mentally ill and Hollywood filmmakers, they do not need to do anything about it.

All Satan needs to do to damn many souls is to convince people that he does not exist. He has been at it for a long time, and has been remarkably effective. It is long past the time to take off the blinders and see Satan as the repulsive and resourceful enemy that he is. Our Lady has already crushed his head, as promised in the book of Genesis, but he still slithers about, seeking those whom he may devour.