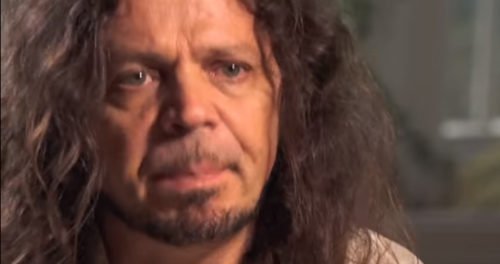 FREE Podcast available HERE. I showed you receipts and testimonies during the ITNJ’s Deep Dive Part II, In this chapter, the focus moves towards Sacha Stone and his associates. Simon Jean-Paul Sacha Adams was born in Rhodesia in May 1966, in the middle of the independence war. Rhodesia was an unrecognized state in southern Africa from 1965 to 1979, where modern Zimbabwe is today. Why would a “noble” man who has nothing to hide change his name? Who is Sacha’s father? Sir Walter Adams is described as a British historian and educationalist with a vast resumé:

Calling that impressive is being moderate but, there is more. Adams was appointed Officer of the Order of the British Empire (OBE) in 1945. He was named Companion of the Order of St. Michael and St George (CMG) in 1952. Finally, he was knighted in 1970 for his “services in education”. Students opposed him because of his links with Ian Smith’s racist regime in Rhodesia where he was director of the University College. Adams’ arrival and connections were the catalysts for an extended period of turbulence at the LSE.

A family of polarizing figures

1967 saw a concerted student campaign against the Director-designate culminating in the occupation of the Old Theatre. The installation of gates designed to prevent students from occupying the campus caused more unrest in 1969. The riots led to the School’s closure for 25 days and the arrest of some students. Walter Adams died of a heart attack during a visit to Salisbury, Zimbabwe (now Harare) one year after retiring in 1975. Sacha Stone and his sister, Toin Adams, were born out of wedlock.

Sacha’s father had many children with different women in addition to being married. His wife was Lady Tatiana Adams, and they had four children. The former Tatiana Makaroff was born in Kherson, Russia, before escaping with her mother and a brother. Her father was a leader of the nobility before the 1917 revolution. Sacha’s mother was an anchorwoman in South Africa, decades younger than Sir Walter. His sister, Toin Adams, is a plastic artist radicated in Portugal that specializes in occult artwork.

If you go to Sacha’s website, you will hear his fairytale of a rocker turned activist but, aren’t we all? “Illuminati-baiting misanthropic narcissist with a hyperactive pineal function,” As stated on his former bio on Facebook. A self-description he deleted after I brought attention to i. Satanists tell you what they are, as their bad intentions hide in plain sight. A man boasting about hating humans and worshipping himself, are these not red flags to you? “The best way to control the opposition is to lead it ourselves” – Vladimir Lenin.

Sacha’s father associations with the Rockefellers and British intelligence are relevant. I mockingly call Sacha “Count Rockefeller,” a joke some take seriously, but he is not one. Governments always used agents to infiltrate social movements and opposition. Intelligence agents infiltrated the hippie movement and the black panthers in the ’60s to spy on those who opposed the Vietnam war. Today, secret societies populate the government, entertainment, corporations, banks, and sports.

The most important movement right now is happening worldwide, mainly online. A great awakening where truthers share info nonstop and wake up thousands of people a day. With the mission of preserving our society and, most importantly, our humanity – We all battle through all sorts of inconveniences. Let’s fast forward to 2016 after Wikileaks, as many people got a whiff of pedophilia in very high places. Elites panicked, and when elites feel people are getting too close to the truth, they assign professional patsies like Robert David Steele for damage control.

A “former C.I.A. insider turned whistleblower,” and of course, with deep pockets. Steele threatened to sue me to silence my exposé on Sacha. “Infiltration instead of invasion” – Just like John F. Kennedy said. At the same time, the crown controlled MI5 kickstarts the ITNJ, with the assistance of shadow Vatican figures. The powers-that-be assign NWO Agenda 2030 enthusiast Sacha Stone, their mission? To gather intel on the victims, preapprove testimonies, control the narrative, and sabotage witnesses. They are terrified of people waking up to the horrific reality of human trafficking and satanic ritual abuse.

The ITNJ, created under the purpose of robbing people out of time, money, and hope, is not what it claims to be. Sacha Stone is the anointed guru wannabe, selected to lead a rotten and misguided new age movement. He has all the traits needed in a cult leader and a fake hope merchant. If you know the crown is guilty of the crimes you claim to denounce, then why would you use the term “sedition?” Do you see how deep Prince Andrew is involved in the Jeffrey Epstein case? Why was Prince Charles so close to serial pedophile Jimmy Savile?

Did you the crown murdered Princess Diana to silence her knowledge of child sex trafficking inside Buckingham Palace? She actually said if she died in a car crash it was MI5’s plan to murder her. What makes you think any anti-human trafficking organization linked to British intelligence is honest? When I learned what Sacha Stone and Robert David Steele did to Kevin Annett and Dr. Katherine Horton, I was fuming. It’s a disgrace that these frauds rat on people with the “authorities” they pretend to stand against.

When I worked with them, they instructed me to stay away from the Hampstead Case. I received contradicting statements, and according to Connie Broussard, “there wasn’t enough evidence.” Sacha contradicted her: “MI5 said they were going to kick my door down if I didn’t drop it.” When Annett questioned the ITNJ, Sacha and Robert accused him of being unstable and of sedition. Sedition: Conduct or speech inciting people to rebel against the authority of a state or monarch. Monarch? The crown? Annett is Canadian! Irony at it’s best as Sacha believes in the crown’s forceful authority over non-British citizens.\

Now rebranded as “the Judicial Commission of Inquiry into the Weaponization of the Biosphere,” The ITNJ no longer focuses on child sex trafficking. New Zealand folks flocked to my website to ask for more info on the corrupt organization, and I happily obliged. The result? The Kiwi people and I joined forces to shut down the ITNJ’s New Zealand scam as they recruited people like Sue Grey. My help was most likely non-essential, but I love helping people and sabotaging parasites.

“The ITNJ is the world’s first people-powered tribunal that operates independently of governments and corporations, and is therefore willing to issue rulings against those organizations based on Natural Law, where agents of governments and/or corporations have caused harm or loss to living men and women, and in this case, matters that relate to the weaponization of our biosphere and the existential ecocide and genocidal threat against humanity.” After years of achieving nothing with the child sex trafficking subject, the ITNJ moved unto more new-agey goals.

What happened to the victims that trusted you with their testimonies? Did they receive any witness protection or proper counseling? Have any of the perpetrators been punished? Why fold after demands were made by MI5 to refrain from the Hampstead case? Whose names are you protecting? Why is absolution promoted as the main goal of the “International Tribunal of Natural inJustice?” Pedophiles and child murderers forgiven? “Everyone gets the truth, and no one goes to jail” – Robert David Steele. I don’t know about you, but I think absolution is for stealing bread, not raping kids.

Are you starting to see the bigger picture? I have nothing against the new age philosophy at its core, great people form part of the movement too. Hey, it sells! Personal freedom, unconditional love for nature, wisdom, and tolerance towards the unknown – the new age an attractive deal. How many people do you know that has been duped by “new age gurus?” Those who use manipulation and mind control techniques to extract money, time, and sex from innocent people?

People like Keith Raniere, Sacha Stone, Teal Swan, Russell Brand, Jared Leto, and others. These people who behave like cult-leaders, forming tribes and networks in which they have self-appointed themselves as the authority. Where they are to be revered as some messiah and never questioned. I’m not religious, and I choose to believe in God under my terms without human influence as EVERYTHING has been tampered with. I was raised catholic and baptized, but I despise the Vatican, the pope, and their rituals.

I’m not religious, but I respect your right to be religious if you want. We are free to choose our path, but please beware of snake-oil selling scumbags who are ego-driven or worse. I keep hearing these horror stories of people victimized by these predators. Women confide in me how they were abused by their “master” during their sabbatical in India, Thailand, or Indonesia. It’s time to explore Sacha’s compound in Bali, and the occurrences there. It’s time for me to unleash testimonies of pedophilia, trafficking, and fraud. PART II HERE.