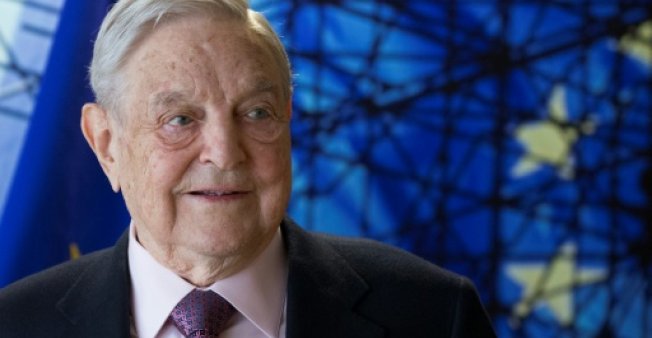 The evil billionaire Jew George Soros is literally filing a lawsuit in the EU court system, claiming that it is illegal for countries to pass laws protecting themselves from subversive forces. This is the biggest joke imaginable.

The foundation run by US billionaire George Soros said Monday that it has filed a legal challenge with the European Court of Human Rights in Strasbourg against Hungary’s controversial “Stop Soros” laws adopted last June.

The New York-based Open Society Foundations (OSF) said in a statement that it had submitted a complaint to the rights court, calling on it to “defend Hungarian democracy” and urge a repeal of the laws.

“There is only one thing this legislation will stop and that’s democracy,” said OSF president Patrick Gaspard.

A year’s prison term could also be handed to those convicted of assisting someone to enter the country illegally.

Against Hungarian democracy claims Soros? The Hungarians voted in the government they have via a democratic process. This just shows that to a Jew, (Admin:  Soros is of a Satanic Zionist cult and is originally from Hungary.  IMO he is not a real Jew but is of the Synagogue of Satan.) democracy is only defined as a system that they control. If the host population votes for a government that does not benefit Jews, they claim it is anti-democratic or question the validity of the election. It’s pure kikery.

Soros and his Open Society Foundation organization should be shut down across the globe. Everywhere this organization has operations, we see them subverting the host society. It’s insane that this evil kike hasn’t been arrested and thrown in prison.