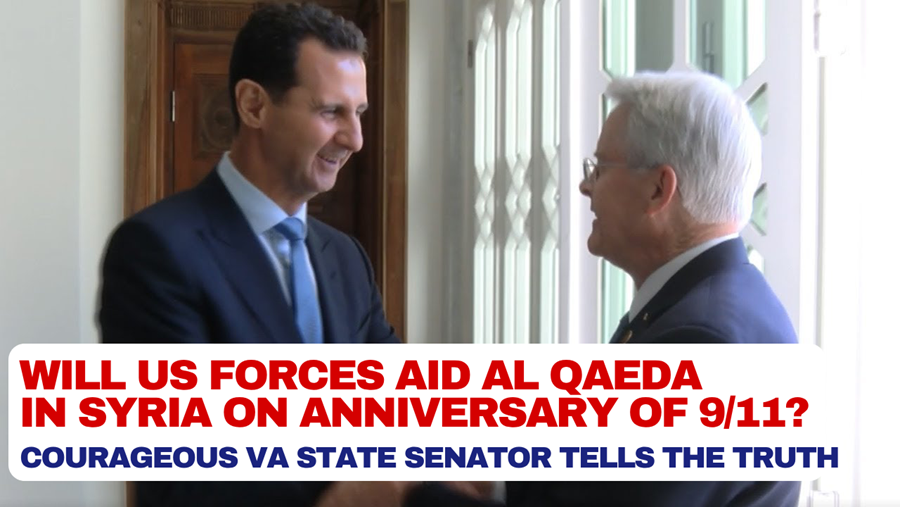 Friend, Virginia State Senator Richard Black is just back from Syria. In this exclusive interview he tells you about the fake chemical attack set up by the British to occur this week, which could send us to war, this time with Russia on the other side.

State Senator Black has now come under relentless attack by the Washington Post, the State Department and the Intelligence Community’s bureaucrats. The exact same networks that are pushing not only for Trump’s Impeachment, but all-out war with Russia.

Please watch the interview above, share it, and call the White House: “President Trump, Just say NO to war in Syria! Track down all those supporting the British game plan for War in Syria and fire all them!” 202-456-1111

Thanks for your continued support, and please donate now to support our efforts.
-LaRouchePAC.com Editorial Staff