Vast Majority of Republicans Back Trump’s Conduct at Helsinki Summit

Criticisms of Trump’s words and actions in Helsinki ranged from “disgraceful,” according to CNN anchor Anderson Cooper, to “nothing short of treasonous” in the words of former CIA Director John Brennan.

But Republicans support the way US President Donald Trump handled his summit with Russian President Vladimir Putin by an unmistakable majority, according to a new poll indicating that about four in five Republicans approved of the American head of state’s behavior. The president’s approval rating stands at 43 percent, or, four percent higher than his term average of 39 percent, according to a Gallup poll published July 15.

Trump made it crystal clear during the 2016 campaign season that he intended to warm the bilateral relationship with Russia as a hallmark of his presidency, He made a promise to potential voters: “I believe an easing of tensions, and improved relations with Russia from a position of strength only, is possible, absolutely possible,” Trump said at the Mayflower Hotel in Washington in April 2016. “Common sense says this cycle, this horrible cycle of hostility must end and ideally will end soon. Good for both countries.”

When all the votes were tallied, and the GOP candidate earned the minimum 270 Electoral College votes required to secure the presidency, voters effectively entrusted Trump to fulfill his campaign vows. A poll released Thursday by Axios and Survey Monkey showed that 79 percent of Republicans expressed total approval when asked, “Do you approve or disapprove of the way Trump handled his press conference with Putin?” 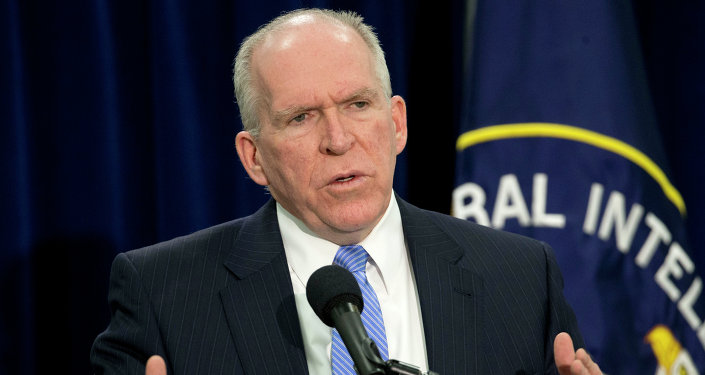 Former President Barack Obama affirmed the importance of voting, and its significance as a mark of approval for a candidate’s promises, during his 2012 victory speech. “I know that political campaigns can sometimes seem small, even silly. And that provides plenty of fodder for the cynics that tell us that politics is nothing more than a contest of egos or the domain of special interests… elections matter. It’s not small; it’s big. It’s important. Democracy in a nation of 300 million can be noisy and messy and complicated. We have our own opinions. Each of us has deeply held beliefs. And when we go through tough times, when we make big decisions as a country, it necessarily stirs passions, stirs up controversy.”

“That won’t change after tonight, and it shouldn’t. These arguments we have are a mark of our liberty.”

The US head of state said on Twitter Thursday: “The Summit with Russia was a great success, except with the real enemy of the people, the Fake News Media. I look forward to our second meeting so that we can start implementing some of the many things discussed, including stopping terrorism, security for Israel, nuclear proliferation, cyber attacks, trade, Ukraine, Middle East peace, North Korea and more. There are many answers, some easy and some hard, to these problems… but they can ALL be solved!”