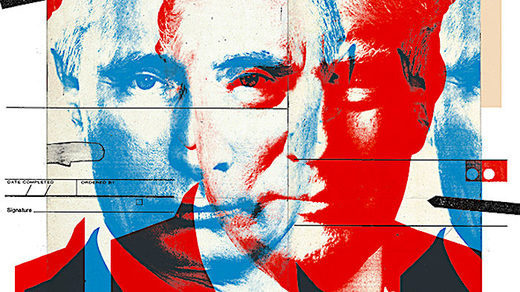 RUSSIA INSIDER  – Why was it that the Deep State was so eager to tie Donald Trump to an alliance with Vladimir Putin during the 2016 election and more so afterward – actually even making the case that they colluded to defraud the American electorate? Have you ever thought about that question?

Was it just that they were desperate to come up with an excuse for Hillary Clinton’s loss? Did they just need to rationalize how a populist, nationalist candidate could defy conventional wisdom and win? Or, was it something else entirely?  I don’t know if I’m right. I’ll let you decide. But let me hypothesize. CONTINUE READING