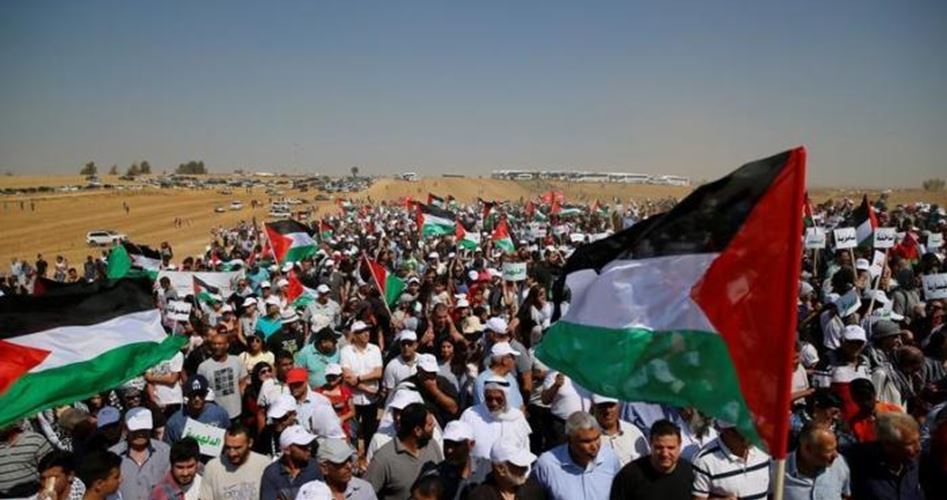 BY ALEXANDER AZADGAN – The belligerent apartheid state of Israel is in self-evident violation of International Law when it denies the right of return of 7 million displaced Palestinian and then kills those who demand the law to be observed. This was at full display today for world cameras to record and report to the entire humanity, except of course the Zionist-controlled Western mainstream media which shamelessly stays quite on such great humanitarian matters.

ED-NOTE – Not only have the JEWISH controlled MSM shamelessly stayed quite, but so have the Jewish or crypto-Jewish or Jewish controlled western leaders. This shows how deep the Jewish grip over the West is; it shows how much leverage Israel has over our countries that none dared utter a word of condemnation.

We are told that it is a vile anti-shemitic conspiracy theory to say that the Jews control the world of finance, media and politics. The deafening silence of our political leaders alone proves the theory right; it proves that the Jews do own all the levels of powers in all Western countries. CONTINUE READING