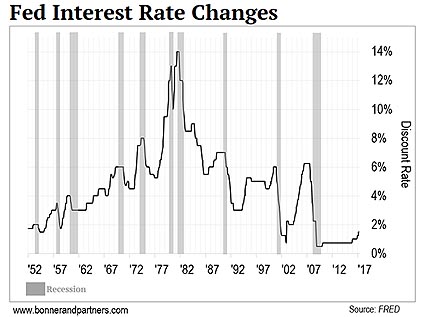 1 in 5 Americans have more credit-card debt than savings –Marketwatch
“One in five Americans say they have more credit-card debt than they do in emergency savings, according to a report published Thursday from the personal-finance company Bankrate. Another 12% said they had no credit card debt, but they also had no savings. Bankrate surveyed 1,000 people during early February. But the report isn’t all bad news. More than half (58%) said they had more in emergency savings funds than in credit-card debt, the highest percentage Bankrate has ever had, tied with the amount who said this in 2015. Financial experts typically recommend that all consumers have three to six months’ worth of expenses saved in an easy-to-access emergency fund, to guard against any unexpected expenses. Bankrate did not ask exactly how much those surveyed had saved….Consumers trying to build an emergency fund should set up an automatic savings plan, he said. That will put a certain percentage of their paycheck into a savings account. After determining the amount they can put in that fund for each paycheck, they can then pay debt with whatever funds they can spare in their budget.” This Has Predicted Every Market Crash in History –Bonner/Bonner And Partners
“‘Buy the dip’ has worked for the last 38 years. And now, investors are more than 100% convinced that it will work again. But they are wrong. Here’s an extract from a letter to clients of Semper Augustus, an investment group: ‘Fundamental investors like to pronounce they don’t think about macroeconomics. It’s all about researching companies, they say…However, if there was one economic chart to pay attention to, the one presented below of changes in the Fed’s discount rate is it. Every major stock market decline and every recession in the last 100 years was preceded by the Federal Reserve raising short-term interest rates by enough to provide the pin to prick the balloon.’….In a correction, the only way to stop stock prices from falling and the economy from shrinking is to bring in some more debt. But when you do that a few times, you are soon beyond Peak Debt… which is to say, you’re way over the legal limit. Debt has been growing three to six times faster than income for more than an entire generation. This makes the old 1.5-to-1 ratio of debt to income seem quaint. It is now 3.5-to-1 nationwide….Because there is no way to ‘grow your way out of debt’ when your income is falling while your debt is still increasing. Instead, you have to suffer the indignities of a correction, including a major reset in the stock market.”