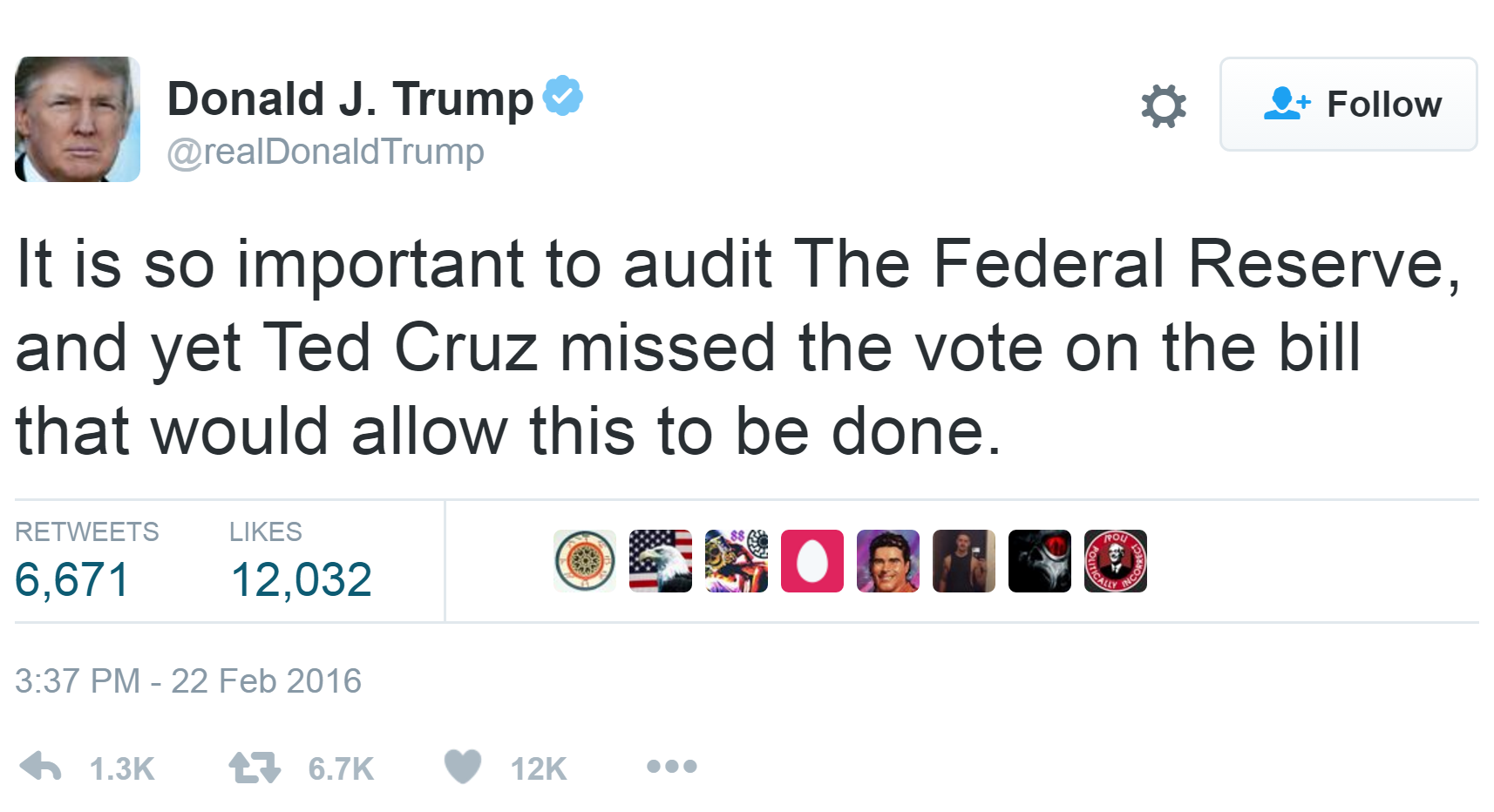 Trump swipes at Fed during 2016 campaign.

Twitter
My Comment:  It is totally wrong that a group of Zionist Banksters be allowed to control the money of the United States when we should be printing our own money at 0% interest!  Want to get out of debt fast?  Get RID of the Federal Reserve Note from the Zionists and Print Our Own Money!  The Zionists Control the United States and pretend to be Jews but are in reality a Secret Political Party constantly working against the United States who they Hate and the American People who they also Hate getting us to fight their foreign wars, put up with their Yellen fiscal dis-asters, 0% interest for Savers, inflationary Quantitative Easing strategy, etc.  DISASTER!!!!!  All for them-Nothing for the American People.  The Zionists are behind sending the manufacturing jobs to China, India, and Mexico behind our open borders for illegals draining our tax dollars for illegals upkeep, behind the phony drug wars while they use military cargo ships and dead bodies of veterans to illegally smuggle in plane loads of heroin & cocaine, behind the porn industry, behind human trafficking and pill industry, behind Autism creating Vaccinations.  Need I say more?  They are a parasite on America and DESTROYING THIS COUNTRY!  Rothschild Khazarian Mafia and Synagogue of Satan and Zionists are ALL the same evil, vile, corrupt entity that is destroying American, building FEMA camps for activists & dissidents, trying to disarm Americans, etc.  Look at the Zionists in Congress & gov’t  like Feinstein, Hillary Clinton, Victoria Nuland, Kagans, etc.  (all Warmongers & Thieves)  The Federal Reserve is a Zionist bank.