DAVE MCGOWAN IS DEAD BUT NOT FORGOTTEN 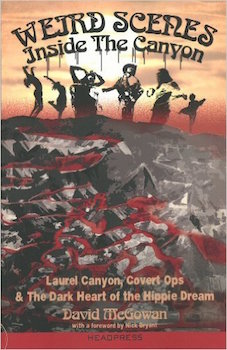 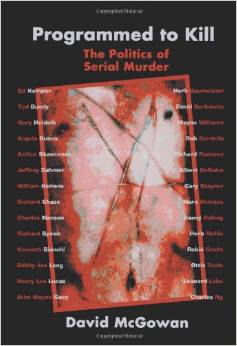 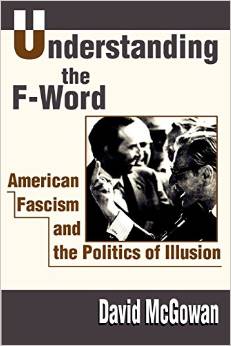 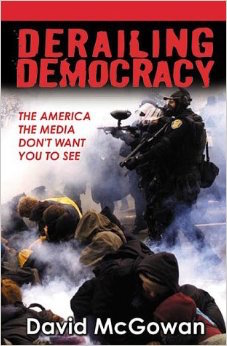 “And it seems to me perfectly in the cards that there will be within the next generation or so a pharmacological method of making people love their servitude, and producing … a kind of painless concentration camp for entire societies, so that people will in fact have their liberties taken away from them but will rather enjoy it, because they will be distracted from any desire to rebel by propaganda, brainwashing, or brainwashing enhanced by pharmacological methods.”

“Through clever and constant application of propaganda people can be made to see paradise as hell, and also the other way around, to consider the most wretched sort of life as paradise.”

“If ignorance is truly bliss, then why do so many Americans need Prozac?”

Thanks for dropping in!

A Very Personal Message from Dave

Just nine weeks ago, on April 14, I presented a lengthy video deconstruction of the 2013 Boston Marathon incident through the Caravan to Midnight radio show/podcast. About a week later (on April 20, of all days), the nearly four-hour video presentation was uploaded to YouTube. Not long after that, someone using the username Phoenix Archangel posted an interesting comment: “John [Wells, the host of the show] always signs off with some of the best advice ever. Speaking of advice: this David McGowan fella really ought to quit smoking. With all the elitist feathers he’s ruffling, he’s likely to come down with a spontaneous case of hitherto undiagnosed stage 4 inoperable Pancreatic cancer.”

If you haven’t watched the video yet, by the way, you really need to do so:https://www.youtube.com/watch?v=mzgON_5sg4Q. And have all your friends and family members watch it as well. It’s a little on the long side and could use some serious editing, but it does succeed in completely laying waste to the official story of what happened in Boston on April 15, 2013.

As for Mr./Ms Archangel, he/she wasn’t too far off, though I’ve been told that it’s actually incurable small-cell lung cancer that has already spread to my liver and bones. And no, that’s unfortunately not a joke. It’s my new reality as of just a few short weeks ago, when my entire world was turned upside-down and I suddenly found myself being admitted to the oncology ward at Glendale Adventist Medical Center. Four days later, I was beginning my first round of chemotherapy infusions. The second round begins tomorrow, on Monday, June 15.

I’m still having a very hard time processing all of this. Despite not having the healthiest diet and not making the most healthy lifestyle choices, I have been remarkably healthy throughout my adult life. Until a few weeks ago, I’d never been hospitalized as an adult. Never had any surgical procedures performed. Never had a major illness or significant injury. Never broke a bone in my body. Haven’t ever been reliant on any prescription drugs of any kind. Haven’t even had a primary care physician for many, many years.

But now, literally overnight, that reality has been replaced with a painful and, if I’m being perfectly honest, terrifying new reality. Based on what my doctors have told me and what I have read, the prognosis is not good. My oncologist seems to be of the opinion that I only have six months to a couple of years left on this planet, if that. The odds of surviving for even five more years are very, very low.

But I’ve never been one for taking advice or believing what I have been told. And I can be exceedingly stubborn. So if the medical community tells me that there is virtually no chance that I can survive this, I will do everything in my power to prove them wrong. But it is going to be a long, tough fight against a formidable foe. And any support that readers can offer, whether financial or moral, will be greatly appreciated.

In closing, thanks to all of you for your support and encouragement over the years. I hope to be able to continue to expose the crimes of the elite for many years to come. Stay tuned ….

Update: After a courageous and painful six-month battle, Dave passed away on November 22, 2015, at his home in Eagle Rock. He was indeed one of the most stubborn individuals we have ever known, and he fought with every last ounce of strength he had. Despite the predictions of Mr./Ms. Archangel, our father did not believe himself to be a target, and knew that his untimely death was a product of his own unhealthy lifestyle choices. A heavy smoker for over 40 years, he also had a job that exposed him to asbestos and other cancer-causing agents, as well as a typically male aversion to the doctor (he ignored warning signs for months before seeking medical attention). This site (and his intellectual property) are now owned and maintained by us, his daughters, Alissa, Megan, and Shane.