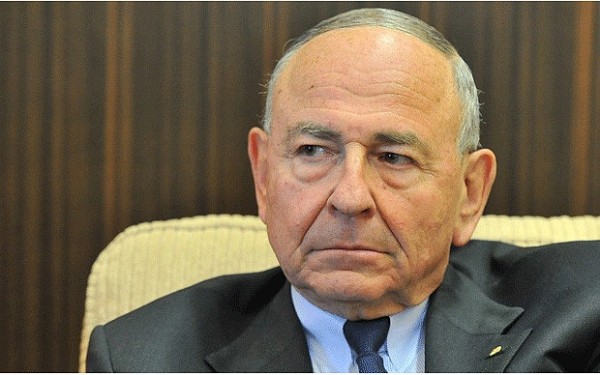 Climate change is a hoax developed as part of a secret plot by the United Nations to undermine democracies and takeover the world, a top adviser to Tony Abbott, Australia’s prime minister, has warned.
Maurice Newman, the chief business adviser to the prime minister, said the science showing links between human activity and the warming climate was wrong but was being used as a “hook” by the UN to expand its global control.
“This is not about facts or logic. It’s about a new world order under the control of the UN,” he wrote in The Australian.
“It is opposed to capitalism and freedom and has made environmental catastrophism a household topic to achieve its objective.” Born in Ilford, England, and educated in Australia, Mr Newman, a staunch conservative and former chairman of the Australian Stock Exchange, has long been an outspoken critic of climate change science.
He was appointed chairman of the government’s business advisory council by Mr Abbott, who himself is something of a climate change sceptic and once famously described climate change as “absolute cr**” – a comment he later recanted.
In his comment piece – described by critics as “whacko” – Mr Newman said the world has been “subjected to extravagance from climate catastrophists for close to 50 years”.
“It’s a well-kept secret, but 95 per cent of the climate models we are told prove the link between human CO2 emissions and catastrophic global warming have been found, after nearly two decades of temperature stasis, to be in error,” he wrote.
“The real agenda is concentrated political authority. Global warming is the hook. Eco-catastrophists [ …] have captured the UN and are extremely well funded. They have a hugely powerful ally in the White House.”
Environmental groups and scientists described Mr Newman as a ‘crazed’ conspiracy theorist and some called on him to resign.
“His anti-science, fringe views are indistinguishable from those made by angry trolls on conspiracy theory forums,” said the Climate Change Council.
Professor Will Steffen, a climate change scientist, told The Australian Financial Review: “These are bizarre comments that would be funny if they did not come from [Mr Abbott’s] chief business adviser.” Mr Abbott’s office did not respond but his environment minister said he did not agree with Mr Newman’s comments.
The article was written by Mr Newman to coincide with a visit by Christiana Figueres, the UN climate change negotiation, who has urged Australia to reduce its reliance on coal. Australia is one of the world’s biggest emitters of carbon emissions per capita.
Since his election in 2013, Mr Abbott has abolished Labor’s carbon tax, scaled back renewable energy targets and appointed sceptics to several significant government positions.