The Federal Reserve is a private bank and not Federal in anyway. 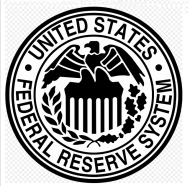 The Federal Reserve is a private bank that lends money to the government at interest and the american people pay the loan back. It is know as the central bank of the United States of America here is a better look at what that means. A central bank, reserve bank, or monetary authority is an institution that manages a nation’s currency, money supply, and interest rates. Central banks also usually oversee the commercial banking system of their respective countries. In contrast to a commercial bank, a central bank possesses a monopoly on increasing the nation’s monetary base, and usually also prints the national currency, which usually serves as the nation’s legal tender.   The understanding and breakdown of the (FED) is very important to the American people because if you know the secrets then we would not stand for it.