We will take America without firing a shot – Khrushchev

Earlier supporters of Communism and the new world order 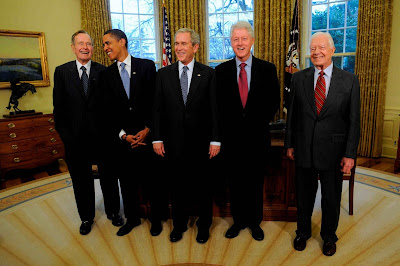 Of course Khrushchev had some help

Communist Agenda for the
United States of America* Use technical decisions of the courts to weaken basic American institutions, by claiming their activities violate civil rights. Done
* Get control of the schools. Use them as transmission belts for socialism and current communist propaganda. Soften the curriculum. Get control of teachers associations. Put the party line in textbooks. Done
* Continue discrediting American culture by degrading all form of artistic expression. An American communist cell was told to “eliminate all good sculpture from parks and buildings,” substituting shapeless, awkward and meaningless forms. Done
* Control art critics and directors of art museums. “Our plan is to promote ugliness, repulsive, meaningless art.” Done
* Eliminate all laws governing obscenity by calling them “censorship” and a violation of free speech and free press. Done
* Break down cultural standards of morality by promoting pornography and obscenity in books, magazines, motion pictures, radio and television. Done
* Present homosexuality, degeneracy and promiscuity as “normal, natural and healthy.” Done
*Infiltrate the churches and replace revealed religion with “social” religion. Discredit the Bible and emphasize the need for intellectual maturity, which does not need a “religious crutch.” Done
* Eliminate prayer or any phase of religious expression in the schools on the grounds that it violates the principle of “separation of church and state.” Done
* Belittle all forms of American culture and discourage the teaching of American history on the ground that it was only a minor part of “the big picture.” Give more emphasis to Russian history since the communists took over. Obliterating the American past, with its antecedents in principles of freedom, liberty and private ownership is a major goal of the communists then and now. Done
* Support any socialist movement to give centralized control over any part of the culture – education, social agencies, welfare programs, mental health clinics, etc. Done
* Discredit the family as an institution. Encourage promiscuity and easy divorce. Done
*Infiltrate the press. Get control of book-review assignments, editorial writing and policy making positions. Done
*Infiltrate the media and get control of radio, TV, motion Pictures. Done (Updated 1990’s, now also the internet and talk radio). In the process of doing
*Control both political parties in the USA. Done
*Transfer the power of arrest from the police to social agencies to weaken law and order. Done
*Dominate the psychiatric profession and use mental health laws to control those who oppose communist goals. Done
*Emphasize the need to raise children away from the negative influences of parents. Done
*Treat all behavioral problems as psychiatric disorders which only a train psychiatrist can understand and treat. Done
*Discredit the U. S. Constitution by calling it inadequate, old fashion and out of step with the modern world. Call it a hindrance to the new world order. Done
*Discredit the American founding fathers as non Christian hateful racist bigots. Done
*Use student riots, protest and demonstrations to help foment public opinion to promote communist programs and ideas. Done
*Do away with all loyalty oaths. Done
*Promote the UN as the only hope for mankind and a new world order. In the process of doing
Jan. 10, 1963
*Amended in the 1990’s – Ban guns in the United States. In the process of doing