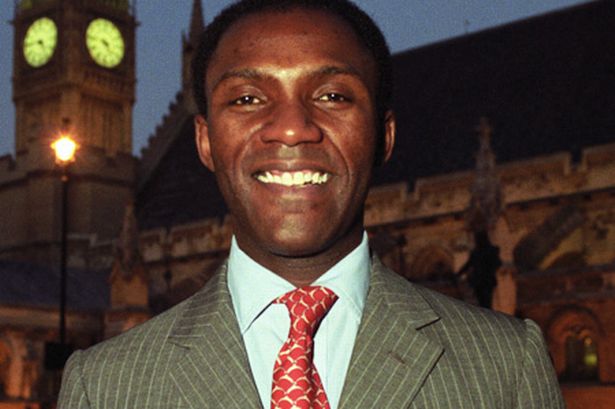 >The magazine alleged that the peer referred to in the article is Lord
>McAlpine, at the time of the offences treasurer of the governing
>Conservative Party.  Another regular participant in the activities at
>Bryn Clwyd was alleged by Scallywag to be Derek Laud, for years a
>leading mover and shaker in successive Conservative administrations.

From the Scallywag website :- [- began quoted extract -]
——————————————————
Michael Brown is one of the very few Conservative MP’s who volunteered
to “out” himself as a gay. Derek Laud, now standing for parliament,
(against Bernie Grant in North London) ran a Pimlico PR agency called
Ludgate Communications for a number of years which supplied young boys
for selected parliamentarians from children’s homes now being
investigated in North Wales. He sometimes did this in cahoots with Ian
Greer Associates which has since been scandalised because of the Neil
Hamilton Affair and payment for questions on behalf of Al Fayed.

Ludgate Communications was at the very hub of our investigation into
the “boys for questions” allegations. At his Pimlico flat, and
selected addresses in Dolphin Square nearby, Laud threw paedophile
parties and we have one sworn affidavit from a former boy (presently
giving evidence in Wales) who claims he was seriously molested (among
many others) by Lord McAlpine who was at the time the Tory party’s
clandestine fund raiser.

It was alleged by this boy and others that Messrs Portillo and Lilley were also guests of Derek Laud. We are assured that this particular volcano is about to erupt, both in North
Wales and elsewhere. Michael Portillo has always publicly
disassociated himself from Derek Laud, yet here we find him not only
acquainted but seemingly in the inner sanctum of private friends. [- end quoted extract -]

Posted by SteelMagnolia at 3:02 PM
Email ThisBlogThis!Share to TwitterShare to FacebookShare to Pinterest