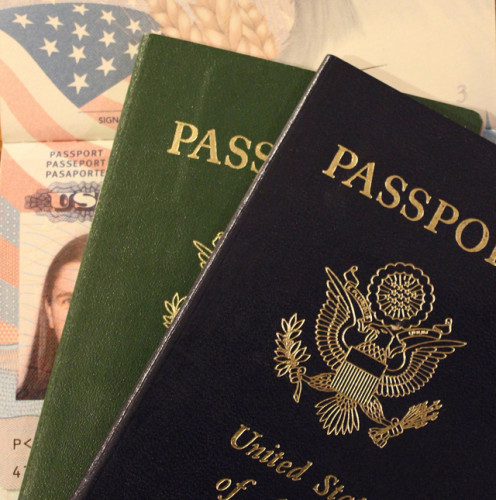 The passport provision is now official, as President Obama signed the 5-year infrastructure spending Bill. It adds a new section 7345 to the Internal Revenue Code. It is part of H.R. 22 – Fixing America’s Surface Transportation Act, the “FAST Act.” Why are passport covered in the tax code, you might ask? The title of the new section is “Revocation or Denial of Passport in Case of Certain Tax Delinquencies.” The idea goes back to 2012, when the Government Accountability Office reported on the potential for using the issuance of passports to collect taxes.

It was controversial then, but this time sailed through, slipped into the massive highway funding bill, passed here. The section on passports begins on page 1,113. The joint explanatory statement is here, beginning on page 38. The law says the State Department can revoke, deny or limit passports for anyone the IRS certifies as having a seriously delinquent tax debt in an amount in excess of $50,000. Administrative details are scant. It could mean no new passport and no renewal. It could even mean the State Department will rescind existing passports.

The State Department will evidently act when the IRS tells them, and that upsets some people. We think of passports when traveling internationally, but some people may find that passports are required for domestic travel in 2016. That could make the IRS hold even more serious. The list of affected taxpayers will be compiled by the IRS. The IRS will use a threshold of $50,000 of unpaid federal taxes. But this $50,000 figure includes penalties and interest. And as everyone knows, interest and penalties can add up fast.

Notably, if you are contesting a proposed tax bill administratively with the IRS or in court, that should not count. That is not yet a tax debt. There is also an administrative exception, allowing the State Department to issue a passport in an emergency or for humanitarian reasons. But how that will work isn’t clear, nor is the amount of time it will take to get special dispensation. You would still be able to travel if your tax debt is being paid in a timely manner, as under a signed installment agreement. The rules are not limited to criminal tax cases or where the government thinks you are fleeing a tax debt.

In fact, you could have your passport revoked merely because you owe more than $50,000 and the IRS has filed a notice of lien. A $50,000 tax debt including interest and penalties is common, and the IRS files tax liens routinely. It’s the IRS way of putting creditors on notice. The IRS can file a Notice of Federal Tax Lien after the IRS assesses the liability, sends a Notice and Demand for Payment, and you fail to pay in full within 10 days.

The right to travel has been recognized as fundamental, both between states and internationally. And although some restrictions have been upheld, it is not clear that this measure will pass the constitutional test if it is challenged. Speaking of challenge, it is not off-topic to mention FATCA, the Foreign Account Tax Compliance Act.

FATCA penalizes foreign banks that don’t hand over American account holders. There are approximately eight million Americans living overseas, many of whom are still reeling from FATCA compliance problems.

For alerts to future tax articles, email me at Wood@WoodLLP.com. This article is not legal advice.

The post IRS Power To Revoke Passports Signed Into Law appeared first on We Are Change.