Real reasons cops were sluggish about investigating and charging Ian Watkins:  His connections to a powerful pedophile ring–starts at about 49 minutes into this video.  (Ian Watkins smugly hints he operates in different circles-reason for non prosecution-the pedophile ring he was in had powerful connections.)  For more info on this horror story: 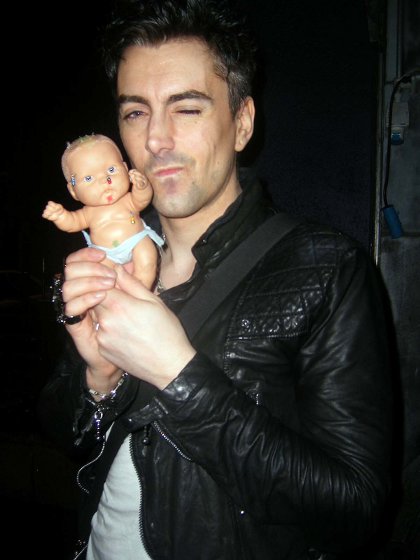 If you haven’t eaten…don’t.  If you have, then you probably may want to wait a while if you plan on reading this, as it is sure to turn your stomach.*

The “Sentencing Remarks” document that must be filed after any Crown Court judgement, was done so very promptly by the presiding Cardiff Crown Court Justice Royce QC.  All of the following excerpts are taken from the 13-page document (link to full document at end of report):

UPDATE (5/26/2014):  The link on judiciary.gov.uk has been taken down – displaying  “Page Not Found.”  Good thing we legally downloaded the pdf when it was live.

CLICK HERE TO OPEN PDF of the full 13-Page ‘Sentencing Remarks’ document and READ AT YOUR OWN RISK.

Watkins sexually abused two underage fans, one of which traveled to the US (Boston to New York) to meet Watkins, where he took her virginity.

Count 19 dates back to August 2008.  The girl KJ was another fan aged 16.  You videoed her having oral sex with you.  She is to be seen snorting white powder which you told her was cocaine.

Watkins involvement with the Co-Defendant referred to in this document as “B” (in the media as Mother A):

You B were only 19 when you met Watkins in late 2011.  The communications
between the two of you in March and April 2012 are seriously disturbing.

You had detailed discussions with Watkins about the sexual acts to which the two of
you were going to subject your infant.

On 21st March Watkins says “Come down this weekend and we can fuck him up again” and
you text back saying “tell me if you want to get your dick in our boy”.

This is what led up to the session at the K West Hotel in London on the night
of 2nd/3rd April recorded on the video. What did you do? You presented your
baby to him so that he could try to rape him. First in the mouth. Then in the
anus. Watkins can be seen spitting on the boy’s bottom to facilitate his
attempt. You can be heard and seen encouraging him. Could there be a greater
betrayal?

The report then goes into EXTREMELY graphic detail of what Watkins and B do sexually to the 10-month old baby boy and recounts more texts between the two after the incident planning  future abuse of the child.

Justice Royce turned his attention to the Co-Defendant named in the document as “P” (in the media as Mother B):

Your communications with Watkins start in August 2012.

It is not long before the communications turn to child sex abuse.

Watkins said “if u belong to me so does ur baby” and you responded
“understandable… a mother – daughter slave duo worshipping
you”.

P said “the good thing about babies is put anything near their mouths and they
start sucking it”.  She went on to talk about both her and her baby sharing
Watkins’ penis with their tongues.

We really cannot go on with any more.  Now we can see exactly what Cardiff Crown Court Justice Royce QC meant by his earlier statement:

“Those who have appeared in these courts or at the Bar or on the Bench over many years see and hear a large number of horrific cases. This case, however, breaks new ground.

Any decent person looking at and listening to the material here will experience shock, revulsion, anger and incredulity.”

Yes Sir.  That about sums up our feelings precisely.

THE HONOURABLE MR JUSTICE ROYCE SENTENCING REMARKS:  THE QUEEN v. IAN WATKINS AND B AND P

You can CLICK HERE TO OPEN PDF of the full 13-Page ‘Sentencing Remarks’ document and READ AT YOUR OWN RISK.

For the whole story on the sentencing hearing: IAN WATKINS SENTENCED TO 35 YEARS FOR PEDOPHILIA

*RockRevolt®Magazine is not responsible for ruined clothing, bedding, computers, laptops, tables or cellphones due to regurgitation cause by reading this article or the full report.  Read at your own risk.