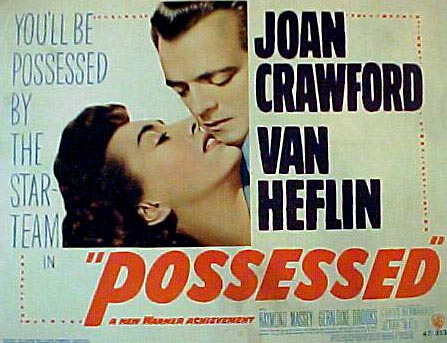 Cautioning us to never idolize any “Star”, our insider says all successful actors, stars, celebs and so on, have been heavily compromised in order to achieve their “dream”. Some are clones of stars who have been replaced.

No depravity is too great for Hollywood Illuminati Elite

We all know that Hollywood is perverse but an insider has posted new information that is beyond the pale. It confirms everything I encountered when I flitted along the margins of show business in the 1980’s and much more, including human cloning and child sacrifice.

Film sets are sexually highly charged. My own encounters with show-biz strangeness ran the usual gamut of offers to sleep and play with producers and other power players, group sex and so on.

Or, upon being cast as the lead in a play, in a fairly large city (which could have really helped me along), I realized that I needed to “live with” and “sleep with” the octogenarian director for the duration of the theater run.

I declined the part.

Or, finding out a cast member’s girlfriend is really a she-male, or a famous Country-Western singer likes to be used as a human toilet.
Or, going back stage to meet Danny Thomas, the star of “Make Room for Daddy“ after a performance. He grabbed me and rammed his tongue down my throat.

What price to make it in show biz? There are two realities to the industry. First, there are the insider blood line types who, when they get out of film school, a call is made and the career is launched. Shirley MacLaine and Warren Beatty might be an an example.  Many of these people come from multigenerational abuse families. It also helps if you are Jewish. I am not.

Then there are the nobodies who eventually come across the pay to play scenario. Basically prostitution, sleeping with producers, directors and so on, and being on call as an escort. If you say no, your career goes nowhere.

[According to author Darwin Porter, many stars including James Dean, Rock Hudson, Marilyn Monroe and Lucille Ball, started their careers as prostitutes. Hoover & Tolson: Sexual Secrets of America’s Most Famous Men and Women (2012).]

That is why you have never heard of me! The author of the expose and I both shared the moniker of right brain, creative types who were idealistic and naive about the world. It’s what saved us both in the long run.

In order to reach the higher echelons of entertainment with no family or Tribe connections, you must work yourself up through the drug use/sexual permissiveness/prostitution/escort stages to things like mind control, handlers, and into darker levels of spiritual possession or soul-loss at a profound level.

This sets the stage for the performer to become part of a very dark world. Artists who resist are a huge threat.

So the Controllers compromise you in some way with evidence of your perversions, or they threaten you, or they finally kill you.

And if you are a big money-maker, you are often replaced, and I don’t mean by another actor. This way, “you” or the 2.0 version of you, can keep on making money for the dark side!

We are talking about losing one’s Soul people!

YOU CAN BE CLONED

Cloning has been around for many decades. We just are kept in the dark about it.

Our former entertainer has many stories to relay of how famous celebrities changed in character and looks. Her suspicion is that they had been replaced. She names such stars as, Michael Jackson, Ann Margaret, Joan Baez, Jane Fonda and Jennifer Connolly.

She had friends in the industry who knew these entertainers personally and believed they had indeed been replaced.

She also mentions Bob Dylan. Recently, I saw an interview with Dylan who was on 60 Minutes, and he admitted on camera that he had indeed made a deal with the devil long ago!

Replacement can be confusing to detect because many stars have plastic surgery with horrific results. Basic mutilation. Think Mickey Rourke or Priscilla Presley.

In their cases, extreme surgeries could be used as a form of torture to “fall in line” or the actor /performer is replaced. The surgery takes place after the cloning to improve the original.

Clones never live up to the originals. They deteriorate rapidly. There are many subtle differences. However, many actors will do anything to their bodies and minds to work in Hollywood. Most are damaged people.

Cautioning us to never idolize any “Star”, our insider says all successful actors, stars, celebs and so on, have been heavily compromised in order to achieve their “dream”.

I mean, after all, show business is just a distraction. In ancient Rome, the poet Juvenal describing the political power scene of the day said, “Panem et Circenses”, Bread and Circuses”. Meaning, if you keep the masses fed and entertained, they are less likely to kill or even notice their invisible handlers.

So it all boils down to the elite and the demonic force that is behind them.

She spoke of the Madonnas who groom the younger women to eventually take their place with the sexual/psychic rituals. She said that all these women are mind controlled and abused.

Snuff films are just human sacrifices. These films are done when a sex slave/prostitute/call boy, has gotten slightly haggard and past their “sell by” date or has pissed off the wrong people.

There is a huge market for these satanic sacrifice films among the exclusive, connected and wealthy circles i.e. the demonic Illuminati.

Our actress believes there is a long list of famous people who have sacrificed a child, including many political figures.

Many mysterious accidents have happened to big name people and thereafter, magically, their career takes off.

Now I know where the saying comes from, whereby in signing a contract, people joke about giving up their first born child! For example, George Bush Sr., had two little girls that died. Ever heard of them?

Remember Barbara Bush keeping a fetus in a jar?

I can attest to this phenomenon and, I am very suspicious. Shortly after my beautiful young mother was killed in a horrific “accident”, weeks after the death, I was invited to Washington D.C. by a U.S. Senator.

My father was his financial campaign manager. I went to the home of George Bush, Sr. for a party. Holding Poppy’s hand and chatting with Barbara, I remember being in total and complete shock and profoundly disassociated from my body at the time and for years afterward.

Soon after this Presidential visit, my father’s career took off like gangbusters and we soon had oodles of money and a family jet. And who was flying in that jet? Henry Kissinger among many other elites. Pretty suspicious if you ask me.

I don’t know. But, it makes me want to go hmm… mm…mm…Mammon?

Our informant ran into the Dark Arts very early on. These dark arts are ruled by the Illuminati/reptilian/negative ET’s, negative humans/military industrial complex.

The negative gatekeepers need a certain number of true artists, light worker types as camouflage. Sometimes these light types are targeted to move to a higher level on the playing field.

At the same time they are surrounded by relatively nice “handlers” who don’t corrupt them. But, the conclusion is that at some point everyone in the industry has to make the decision to yield to the corruption or get out.

That is, if it’s not too late. We are human batteries to them. They pilfer our higher energy.

Drugs, alcohol and spiritual possession make it a much easier choice for the actor/performer to compromise, I’ll do anything to get a job.

That is when the evil really steps in. Many of these people keep drugging and drinking to make their harrowing dark choice “OK”.

But, many cannot keep up the illusion and want out at some point.

If they protest or tell the truth of what is really going on…they are often replaced. They become surrounded by dark people, dark organizations and dark non-humans (ET’s or hybrids). Once this happens they barely have control over what happens next.

Many victims of this satanic industry are those who have no family ties to speak of. Their lives are easier to erase and dispose of. All planned, all by design.

We, The people, especially in the West, have allowed Hollywood hype to distort our sense of reality. None of this is by accident. All has been carefully planned.

Our world is held hostage by an illusion run by a Satanic cult.

The classic Faustian Deal with the Devil is real. See this: http://en.wikipedia.org/wiki/Deal_with_the_Devil. This contract made by many in the entertainment industry, allows something horrible to possess the individual spiritually, physically, emotionally and sexually. One’s entire being is consumed by dark energy and personal free will is extinguished. Many artists take the deal. I don’t think it ever works out well for any of them; as there is no honor among thieves.

Our insider-actress says, she was saved by her light. She intrinsically knew who to stay away from. I positively know that my own light and inner knowing kept me safe.

All of us, citizens of this 3D, earthly plane, those who are rightfully meant to be here, we all need to stop being complicit in our own destruction!. We can do that by continuing to wake up.

We need to grasp the fundamentals of this reality! Just Say No to the false Illusion.

We are being Preyed Upon by a preternatural force that deals in the grandest of illusions and pushes forth, the Great Work of the Ages. Look it up.

Our only hope to escape this evil/dark reality is to shed the Reptilian scales from our eyes, disengage from the lie and stop feeding the beast.

Speaking of Possessed people…check out this: http://www.youtube.com/watch?v=ypdF5Q73Nbo&feature=player_embedded. I’d say Sarah Jessica is looking a bit Reptilian don’t you think? And she is endorsing someone from the “down-low club”, and the secret society, Le Boule.

This article is excellent and consistent with my own years of research into these things. Hollywood, the Music industry and entertainment as a whole is ALL controlled by the dark side without question!

When Jennifer Hudson’s mother and two other relatives were killed in 2008 not long after winning an Academy award, I said to my friends that this was surely a sacrifice… what a price to pay.

Please check out the following videos for more supporting evidence of what’s being revealed in this article.. amazing stuff.

THE INDUSTRY EXPOSED (One of the best series ever!)
http://theindustryexposed.com/index.php?option=com_k2&view=itemlist&layout=category&task=category&id=1&Itemid=2

Great interview with former spirit/demon worshiper. Note the part where the band leader said how you can’t get anywhere unless you have “some power working for you in this world”. You’ll hear the same thing over and over again in “The Industry Exposed”

A Trip Into the Supernatural – Roger Morneau – Full Interview 1/14
http://www.youtube.com/watch?v=T3daRqFCNYQ