Washington ‘Unwilling to Accept Any Constraints on Its Unilateralism’ – Scholar

Washington ‘Unwilling to Accept Any Constraints on Its Unilateralism’ – Scholar

The United States will pursue the development of a nuclear weapon stockpile until Russia and China come to their senses. This is what US President Donald Trump told reporters on Monday. President Trump complained that Moscow has not done enough to adhere to the INF treaty.

Sputnik discussed Washington’s intentions behind the tentative INF withdrawal with Paul Craig Roberts, a prominent American economist, author and former US Assistant Secretary of the Treasury for Economic Policy under President Ronald Reagan.

Sputnik: Trump says the US will continue to boost its nuclear arsenal until nations come to their senses, with a nod to Russia and China in particular. By using the phrase ‘come to their senses,’ what does Washington expect Beijing and Moscow to do?

Paul Craig Roberts: John Bolton is a neoconservative, he’s a crazed warmonger, he speaks of Russia in the most brutal and undiplomatic terms and you can expect nothing good from John Bolton. In fact, when he was appointed national security advisor, those of us who were hopeful that Trump would be able to normalize relations with Russia despite the opposition of the American military-security complex, once Bolton was appointed we knew there was no hope whatsoever.

Sputnik: This INF treaty was signed in 1987 by Ronald Reagan, who’s also quite conservative and a Republican, and it was signed with the Soviet Union, which most certainly was a significantly greater threat to the United States and its hegemony than Russia is today, why do you think Trump is doing this now? 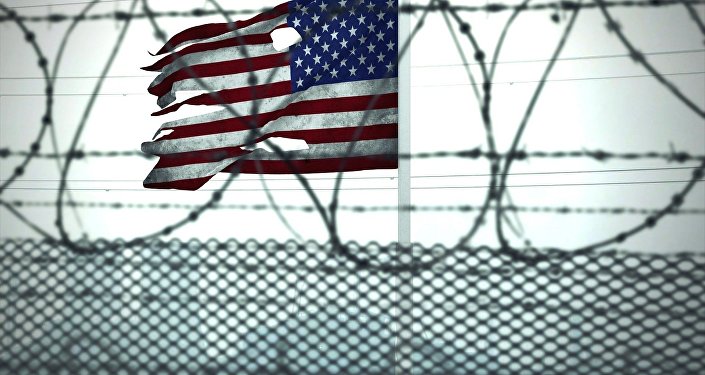 Paul Craig Roberts: He’s under the influence of the neoconservatives and of Israel, and the military complex has been trying to get rid of Reagan’s accomplishments because they constrain the budget. You see, if this treaty is abrogated by Washington, well now the military security complex has a whole new range of weapons to manufacture, more budget, more money. The military security complex in the United States is far more powerful than the President.Dwight Eisenhower, the president in 1961, warned the American people that because of the Cold War, the military had not been dismantled after World War II and it had grown so powerful that it was now a threat to the independence of the government. Well, that was 57 years ago that he made that warning, and you can see how much more powerful they are today.

So they benefit from withdrawing from this treaty because now they will get a budget to make hundreds of billions of dollars’ worth of new nuclear weapons. There are already enough nuclear weapons in existence to blow up the world many times over, no one needs anymore, but it’s profit for the military security complex and so this also fits their needs. So you can see this marriage between the material interests of the military security complex and the ideology of world supremacy of the neoconservatives.

The views expressed in this article are solely those of Paul Craig Roberts and do not necessarily reflect the official position of Sputnik.