On Separating Immigrant Kids From Parents Who Enter Illegally: Passed by Democrats Under Clinton, Enforced by Obama, No Outcry Until Now..Media Are Democrat’s Prostitutes & They Work For ZIONIST MAFIA!

Some users pointed fingers at Democrats themselves, stating that the laws that allow the separation of migrant children from their families actually originate from the era of Democratic presidents. 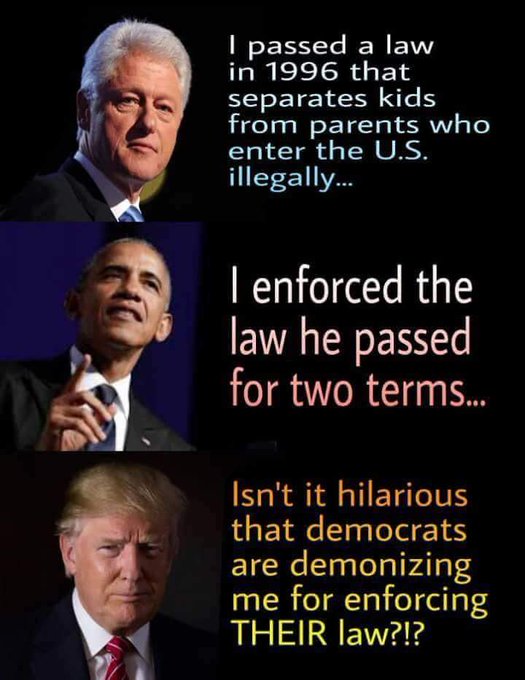 Peter Fonda Supported by Zionist Social Media Twitter-No Sanctions Against Him At All!

June 20 (EIRNS)—President Donald Trump signed an Executive Order this afternoon putting an end to the policy that separated parents and children who had illegally entered the United States across the southern border.

Speaking with a group of Republican Congressmen and other officials at the White House, Trump said, “[W]e want to keep families together. It’s very important. I don’t like the sight or the feeling of families being separated.” Pointing to pictures of children separated from their parents, which have been plastered all over the media, he stated that “they’d affect everybody,” but acknowledged that he was torn. “We want the heart,” he said, “but we also want strong borders and we want no crime,” the Associated Press quoted him as saying.

President Trump described his action as “somewhat preemptive,” emphasizing that it would “be matched by legislation.” He also announced that he is cancelling the annual Congressional picnic scheduled for tomorrow, because “it didn’t feel right” to hold it at a time when this issue remained so unsettled. The Executive Order will allow children to stay in detention with their parents for an extended period of time.

Trump signs order to keep families together at border